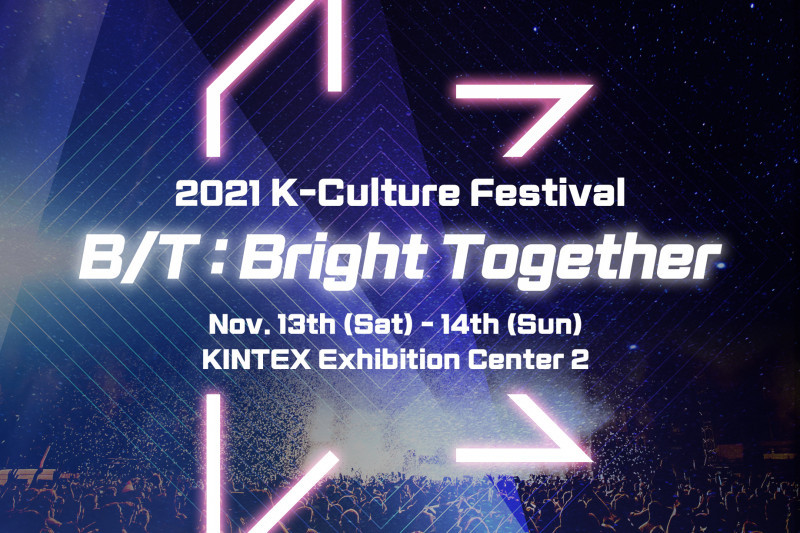 Celebrating its second year, the â€œK-Culture Festivalâ€ is a signature Hallyu global festival showcasing various aspects of Korean culture, ranging from Korean food, beauty and fashion to K-pop at its heart. The festival provides a stage for Hallyu fans around the world to experience Korean culture and interact with each other.

This year’s â€œK-Culture Festivalâ€ not only shines the spotlight on fans, but also goes a step further to provide them with a sense of belonging and accomplishment under a metaverse concept of â€œFANIVERSEâ€, which is a coined term combining ‘Fan’ and ‘universe’, and a slogan from ‘BIT: Bright / Together.’ Additionally, the festival is designed to empower fans to shift and change their role from a cultivation follower to a true culture leader.

On September 13, MCST and KOFICE appointed Kim Hyung-suk as general manager of the festival. Chief Director Kim was selected on the basis of his skills in composing pop music, his credentials in discovering and producing leading artists in Korea, and his experiences at major popular events in the past. As Managing Director, he will oversee the K-Culture Festival, which is due to be held in November, from planning to managing the event and leading the campaign songwriting competition.

This year’s festival will be held at KINTEX in Goyang for two days from November 13-14, with the following programs for Hallyu fans around the world: K-pop concert, Korean culture experience, and fan engagement programs. exposure. In particular, on November 14, the second day of the event, the campaign song produced by chief director Kim Hyung-suk and a Hallyu fan will be featured as the final song amidst K-pop focused performances. by famous local and foreign artists with global fandoms.

The first fan engagement program for this year is the â€œK-Culture 2021 Festival Campaign Song Creation Contestâ€ with the goal of overcoming COVID-19. With the theme of the digital music competition aligning with the festival slogan “BIT: Bright / Together”, any global Hallyu fan can enter the competition. With a total of three winners, the first, second and third place winners will receive cash prizes of KRW 10 million, KRW 5 million and KRW 1 million respectively. In particular, the no. 1 winner will have the privilege of working with composer Kim Hyung-suk and releasing the official music for the festival as well as recording the song in collaboration with popular K-pop singers.

In order to ensure a fair judgment process, KOFICE has formed a jury made up of experts from the pop culture sector. Composer Kim Hyung-suk and Lee Hyun-seung, lyricist Yang Jae-seon, producer Junjaman will assess against the following criteria: theme suitability; originality; balance and completeness; mass use and appeal.

General Manager Kim Hyung-suk said, â€œKorea’s pop culture is gaining more and more attention thanks to local and global fans, so it’s no exaggeration to say that fandom is at the heart of the wave. Hallyu. In line with the â€œFANIVERSEâ€ concept, we hope that the â€œ2021 Korean Culture Festivalâ€ will become a festival where artists and fans can enjoy and shine together. ”

For the Korean Foundation for International Cultural Exchanges (KOFICE)