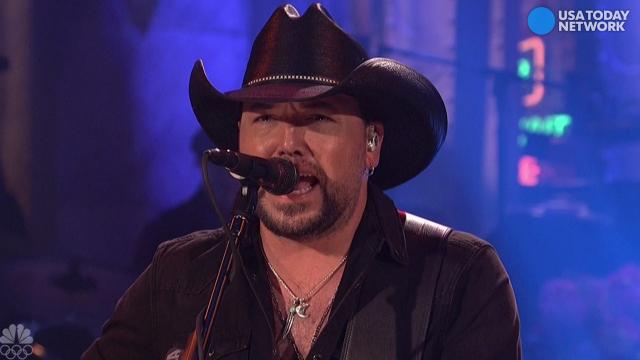 A lot of conversations I’ve had with reporters lately have revolved around the so-called “gun culture” of country music. In the wake of the Las Vegas shooting, the country music genre received a new level of scrutiny.

For those unfamiliar with country music, it may be easy to label it as music for Southern cops, but settling for this stereotype demonstrates willful ignorance.

The country music community is not as monolithic as outsiders might think, a fact that has become increasingly visible since the Las Vegas attack as musicians speak out and, in some cases, change their minds. ‘opinion. “I’ve been a 2nd Amendment supporter all my life… I can’t express how wrong I was,” wrote Caleb Keter of the Josh Abbott Band, who performed at the Route 91 Harvest Festival.

There are actually a lot of country songs about guns and hunting, ”just like there are country music fans who embrace that culture. And there is no problem with that. But none of what happened in Las Vegas is the fault of law-abiding US citizens who love to hunt and fish.

It always puzzles me when someone with a completely different life experience judges or criticizes another just because they are different. No education is superior to another. At times like this, we would all be better served to step out of our comfort zone and try to walk in a stranger’s place.

I can tell you that for every country gun song, there are 10 times more songs on topics we can all understand that embody lessons we should all take to heart.

A verse from Tim McGraw’s # 1 hit “Humble and Kind” gives this advice: “Don’t take for granted the love this life gives you / when you get to where you are going, remember to do half- turn / Help the next one in line, always be humble and kind.

Speaking about the toxic political environment, Kenny Chesney’s # 1 hit “Noise” highlights “24-hour television, so loud no one listens / Sex and money and politicians talk, talk, talk / But there really is no conversation / There is nothing left to the imagination / Trapped in our phones and we can’t make it stop, stop.

Songs like Eric Church’s “Kill A Word” demonstrate a powerful use of metaphor while promoting love: love and truth / If I could only kill a word.

Maren Morris with Vince Gill has just released a song that reads like a letter to hate: “Dear Hate / You smile from that Selma bridge / In Dallas, when that bullet hit and Jackie Cried / You pulling these towers from the sky.” But even on our darkest nights. The world continues to turn.

Justin Moore has one of the most poignant songs about how losing a loved one “wouldn’t be so hard to bear if Heaven wasn’t so far”. One of my favorite live concert moments is when he performs this song and thousands of fans put their cellphones in the air and the whole amphitheater lights up. Together, at this point, we are all connected through country music.

And this is country music. Bring together people from all walks of life to share moments that bridge our differences and highlight what we have in common: our humanity.

Whether you come from a big city or a one-stop-shop town, work on a farm or in an office building, we all share the experiences of life, love, loss, family and friendship.

To those who are exposed to country music for the first time, I hope you take Brad Paisley’s point of view: “Turn it up / Turn it on and sing / It’s real / It’s your life / In a song / It’s country music. “

Kurt Bardella is a political commentator and the creator and editor of @MorningHangover, a daily country music tip sheet. Follow him on Twitter: @KurtBardella.

You can read various opinions from our Council of Contributors and other editors on the Opinion home page, on Twitter @USATOpinion, and in our daily Opinion newsletter. To respond to a column, send a comment to [email protected]