Cultural festival from August 19 in Lagos 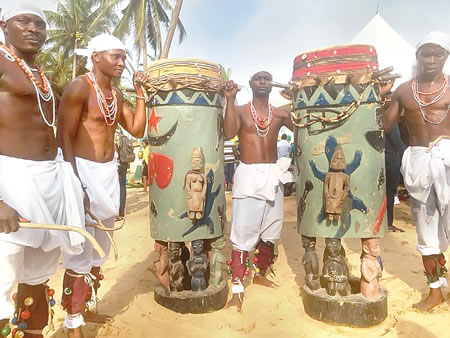 The Culture Festival, a series of global events organized by the Art of Living Foundation, has been confirmed to be held in Lagos from August 19-21.

Under the theme “Vibrant Africa: The Rising Rhythm”, the Festival aims to build a compassionate and harmonious society by bringing the people of the world together in celebration. Through song, dance, meditation and dialogue, participants will share and explore their rich cultural diversity, while honoring the underlying spirit that connects us all as one global family.

Underlining the essence of this year’s theme, Art of Living Foundation Founder Gurudev Sri Sri Ravishankar said, “Today, in a world where there is so much polarity, it is time to unite all the world. We know that sport can unite. We know that the economy can unite – because when it comes to business, everyone forgets their nationality and culture. Faith also unites, while the first and perhaps the most important is culture. Dance and music can also foster unity and that is what the 2022 Culture Festival seeks to achieve.

“The Festival will be like an Olympiad for artists; a Cultural Olympiad. Without music and dancing, life could sometimes seem so dry. If we all work in harmony, we can envision a better world for the next generation and live as if we are all one family,” Gurudev concluded.

Scheduled to be hosted at the Eko Hotel and Suites, Lagos, the Festival will also mark the 40th anniversary of the Art of Living Foundation. The Foundation is the largest educational and humanitarian organization in the world, with the sole objective of creating a stress-free and violence-free society by promoting individual well-being and societal development.

Building on grassroots initiatives such as ‘I Meditate Africa’ and ‘Voice of Africa’, Art of Living has reached over 2.3 million Africans and united 22 African countries through peace campaigns. The Foundation has been teaching youth happiness and leadership training programs in Nigeria for over 10 years and has impacted thousands of people in Lagos, Port Harcourt, Kano, Kaduna, Abuja, Enugu and Delta States. In partnership with the University of Lagos, the Foundation launched the Drug Free Nigeria campaign to educate young people about substance abuse and addiction.

Previous editions of the Culture Festival have brought together presidents, prime ministers, diplomats, dignitaries, spiritual leaders, social activists, artists and people of all races, religions and political positions in a spirit of unity. global and vibrant celebration.

Admission to the Festival is by registration and interested participants are encouraged to do so on its website.

YOU SHOULD NOT MISS THESE NIGERIAN TRIBUNE HEADLINES

2023: Kwankwaso will not be deputy to Obi —NNPP