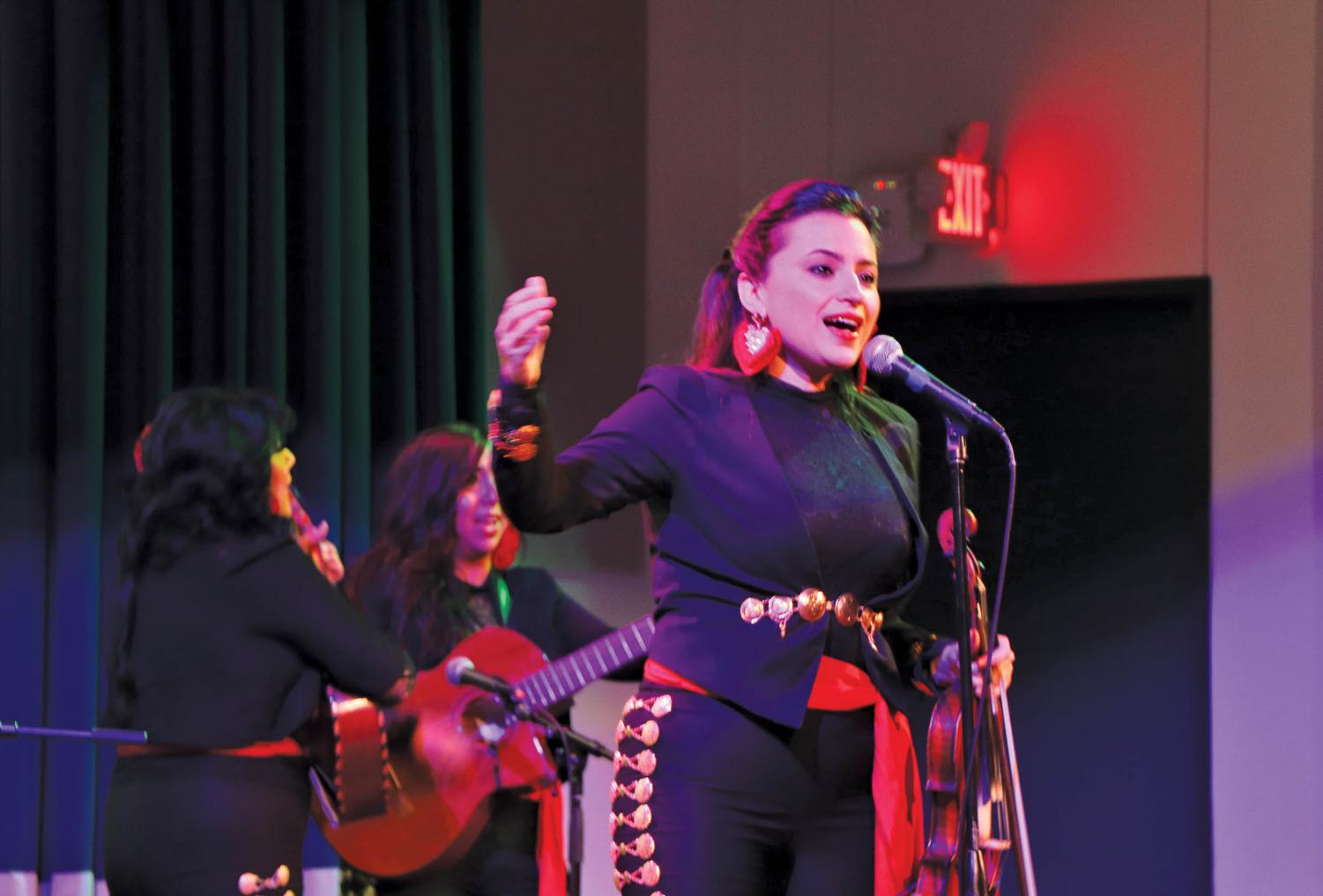 The group was formed by the famous singer-songwriter Vanessa del Fierro.

â€œIt started in 2010. I wanted to create a different and unique group,â€ said Fierro.

She had the idea of â€‹â€‹a band with different outfits as opposed to the classic mariachi skirts.

“We wanted to start something new, and what I did was just recruit different women who I thought would be suitable,” added del Fierro. â€œThey auditioned and the group was born in San Antonio in 2010.â€.

Las Coronelas started his show by playing a classic, “CanciÃ³n Del Mariachi”. The well-known mariachi song was a perfect way to start their set, as people could easily follow along.

The women’s group then sang a tribute to former San Antonio resident Johnny Cash with their own unique renditions of his songs, â€œOrange Blossom Specialâ€ and â€œRing of Fireâ€.

Las Coronelas is popular for its ability to play music that is generally not considered mariachi music.

After their homage to the country legend, Las Coronelas made his audience travel in time and space. They started this trip to Veracruz with the song “La Bamba”, a cult classic. During their energetic performance, Lopez held a strong note for eight beats while the rest of the group counted down, driving the crowd mad.

With such a powerful voice, there is no doubt that Lopez has had a lot of vocal training.

â€œI have previous vocal training. I’m actually a major in music, â€she said. â€œI graduated from the State of Texas a long time ago. But yes, we must follow. It’s hard to follow, but I do.

The electrifying ladies then took their audience to Spain with â€œLa MalagueÃ±aâ€. This performance was one of their strongest of the morning and generated a huge response from the audience. Las Coronelas had to wait for the thunderous applause to end before starting his next song, “El Rancho Grande”, with the voice of Martinez.

The next stop on their journey came in the 1950s with a song called “Angel Baby”. This Mujica-led jazz phenomenon also received a huge response from the audience, as the song brought out nostalgia and sweet memories.

Las Coronelas then wowed the audience with an original song, “Mi Novio, Pancho Villa”. The bilingual song with a fun twist on classic mariachi instrumentals perfectly represents what Los Coronelas is: a fusion of two cultures.

The group is actively working to combine their two legacies to create a new and unique sound.

â€œMost of the girls were born in the United States, so we have that American and Mexican influence. Why not tie the two together? Said del Fierro.

Before bringing the audience back to where they started in Veracruz with the song “El Cascabel”, they performed a superb rendition of “Bomba”. This performance completely energized the crowd and Lopez even had an audience member Vanessa Moreno stand up and dance with her.

Moreno, the administrative coordinator of the Bill Munday School of Business, commented on her experience saying, â€œWe need to have more events like this on campus. I think more cultural diversity is better for the campus [community]. “

Las Coronelas left the audience in awe, which is one of their goals as musicians.

â€œWe play quite often. We mainly have a lot of private functions, but we perform in a lot of large colleges, auditoriums and presentations, â€Lopez said.

Sometimes the group goes to primary schools and makes presentations for the children.

â€œWe had a presentation for the Helping Hands Hospitality Program,â€ Lopez added. â€œIt’s very important to us because that’s how we reach children at this age and at this stage. It is very important for them to hear what the culture looks like in our music that we love to share.

Las Coronelas has brought an explosive fusion of culture and music to St. Edward’s, but the fun is not over yet. The Jones Performing Arts Series brings “A Charlie Brown Christmas Live” to Jones Auditorium on Wednesday, December 4th.