Ethnosports Culture Festival back after 2 years of COVID-19 break 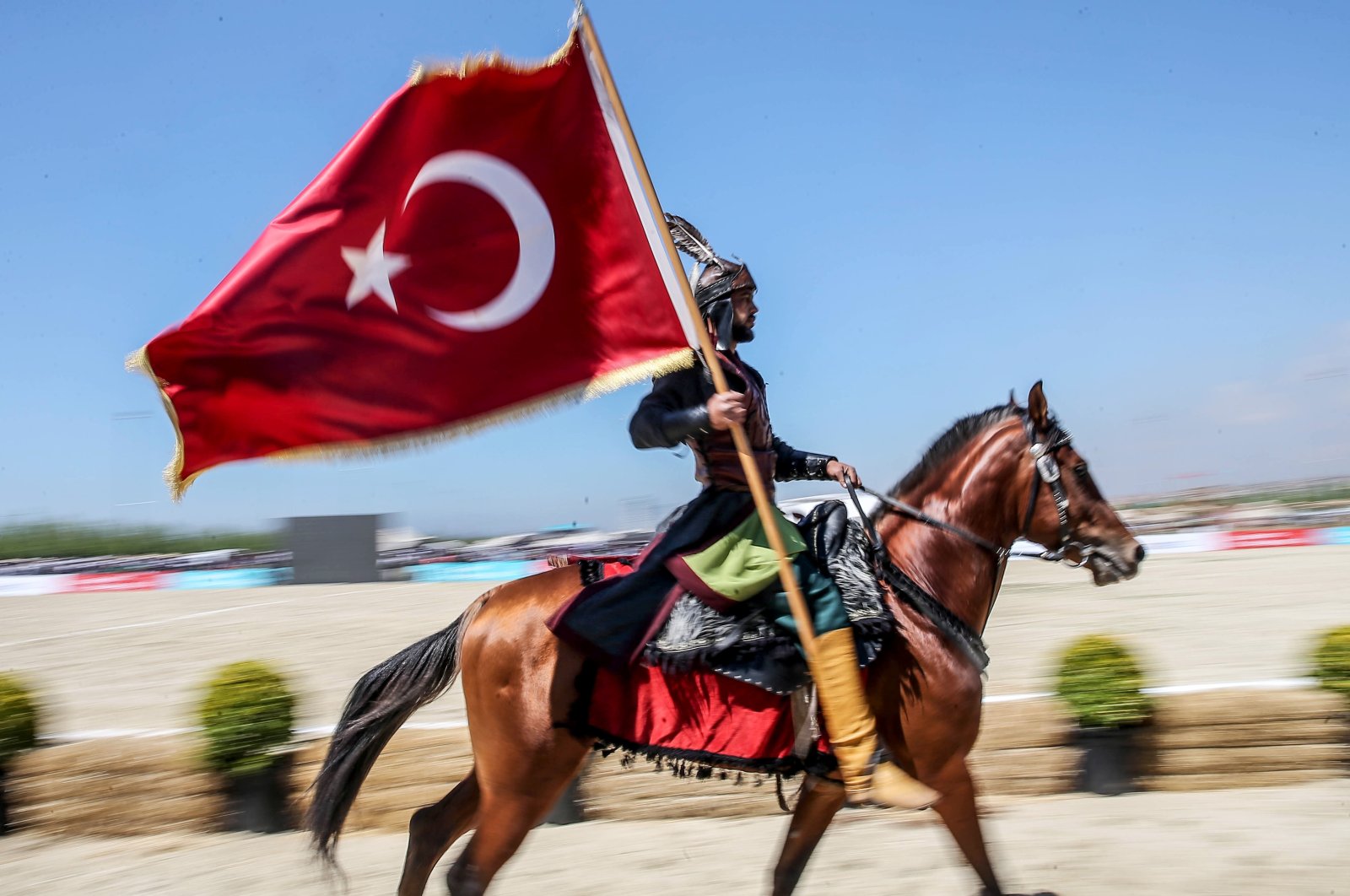 The Ethnosports Cultural Festival, which promotes ancient and traditional sports from around the world, will return for the fifth time on June 9 after a two-year hiatus due to the COVID-19 pandemic.

Details of this year’s event, to be held at Istanbul’s revamped Ataturk Airport, were announced during a press briefing on Tuesday.

The World Ethnic Sports Confederation will hold the festival from June 9-12. Organizers hope to welcome more than a thousand participants from at least 26 countries this year.

The festival is the brainchild of the head of the World Ethnic Sports Confederation, Bilal Erdoğan, son of President Recep Tayyip Erdoğan.

Speaking at the media event, Bilal Erdoğan said they were happy to bring the festival back after nearly two years due to the coronavirus pandemic.

He added that the whole world is waiting for the return of the Ethnosport Culture Festival. He focused on the significance of Atatürk Airport as a site, after work began to transform the now closed facility into one of Istanbul’s largest green spaces.

“The process to make it a national garden is underway. We hope this place will become greener, more suitable for events and we can continue to hold our festivals here every year,” Erdoğan said.

The biggest festival of traditional sports

The president of the confederation pointed out that the body has transformed over the years into the largest traditional sports organization in the world.

It currently has 22 members from 15 different countries and is in contact with more than 80 countries.

“We signed a letter of intent with ministers from 12 countries, while continuing to expand areas of cooperation with the UN and UNESCO.”

“We can confidently say that the Ethnosports Cultural Festival is the most comprehensive traditional sports festival in the world. Our goal is to raise awareness of traditional sports in Turkey. We want to introduce people not only to Anatolian sports, but also to traditional games of the invited countries,” he added.

Apart from wrestling, equestrian sports and javelin originating in Turkey, the event also features traditional sports from other countries.

“This year we will present Kazakhstan horse wrestling. It is a very enjoyable sport. It is often practiced between the bride and groom at weddings. I hope everyone will enjoy this sport as well,” Erdoğan said.

There will also be 60 different traditional games, from horse riding and archery to spinning tops, for children and their families.

Apart from games and sports, the festival will also host the traditional life, art, culture and cuisine of all participating nations.

Ethnosports Culture Festival aims to fight against the loss of cultural wealth by promoting traditional culture and sports against what the organizers call the industrialization of sport.

“Turkey is becoming a world center for traditional sports thanks to the festival… We think it adds to the charm of Istanbul,” Erdoğan said.

The Istanbul-based World Ethnic Sports Confederation has been organizing the event since 2016 and alongside sporting events. It presents the different customs of the participating countries, from wedding ceremonies to rituals for welcoming a newborn into the family, as well as their cuisines.

Keep up to date with what is happening in Turkey, in its region and in the world.