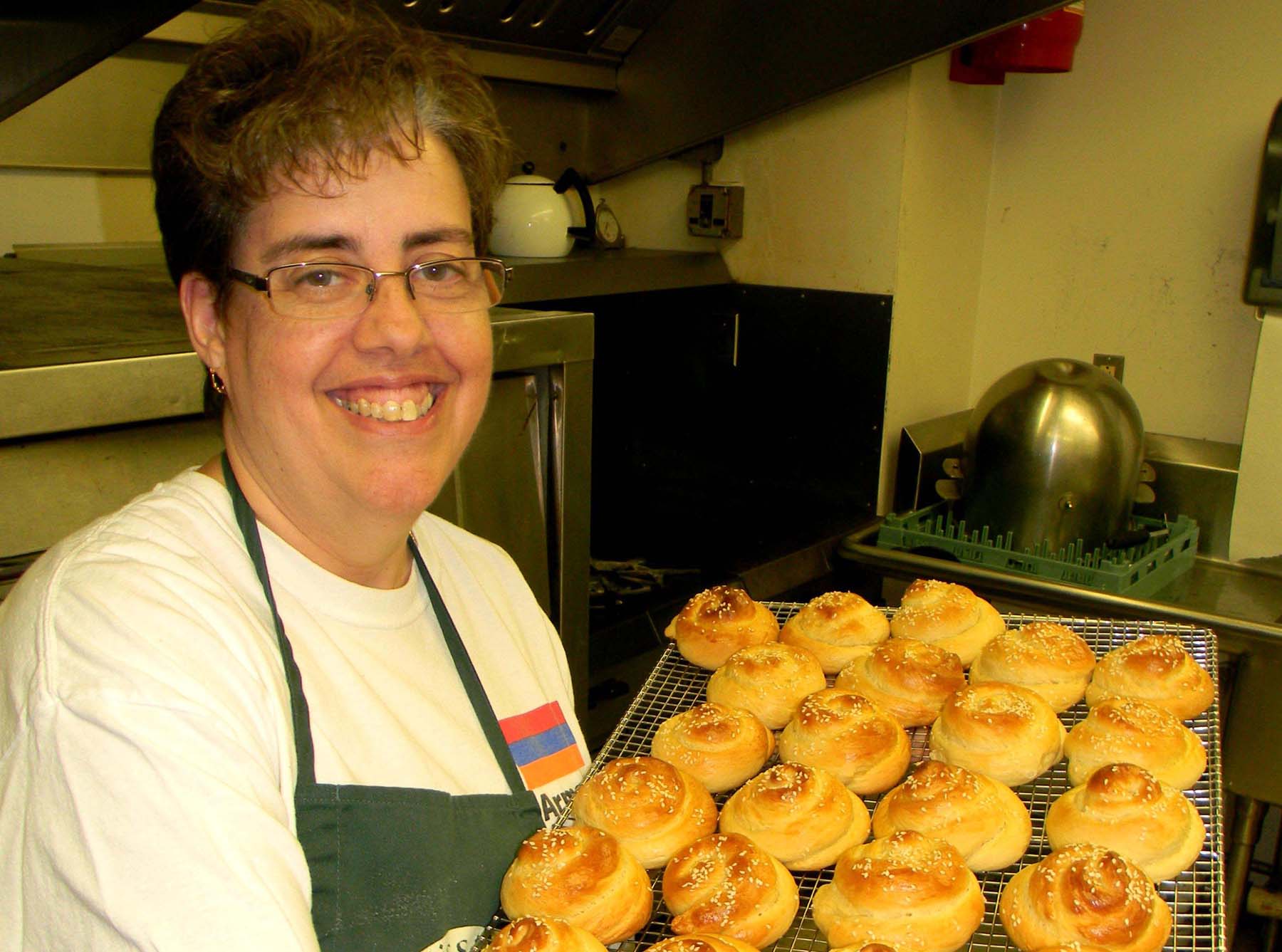 â€œI think the popular Armenian dishes that most people know about are paklava, phyllo dough stuffed with nuts, and of course the meat dishes would be shish kebabs,â€ said Foley, president of the women’s guild of the city. Armenian Apostolic Church of St. Peter. at Watervliet.

â€œWe have the dolma – it’s basically a stuffed pepper,â€ she added. â€œWe have pilau rice and we have what people are looking for from afar – lahmajoun. It’s basically known as Armenian pizza. It is rolled up like a pizza, very thin and topped with lamb or beef with chopped vegetables – tomatoes, peppers, spices and garlic. You can’t forget about the garlic.

HOW MANY: Free entry

Foley and Moroukian are ready to give people what they want this weekend. The annual Saint-Pierre festival will take place on Saturday and Sunday on the grounds of the church.

Yalanchi (grape leaves), hummus and beoreg cheese (a phyllo dough filled with cheese) will also be served. The â€œHye Burger,â€ a half-pound beef and lamb burger featured at the 2013 festival, will be back this year.

The church is on Troy-Schenectady Road, three kilometers east of the Latham roundabout. Looking east, the entrance driveway is on the right side of the road, in the middle of a large hill and opposite the Fenimore Trace apartment complex. A large sign indicates the way to the church, which is not visible from the road.

Cooking demonstrations, carnival games and Armenian dances will be on the weekend program. The John Berberian Ensemble will perform Armenian music, with the oud – a pear-shaped string instrument, clarinet, keyboard, and dumbeg – an hourglass-shaped drum – all in the mix.

Food servers can be busier than John and his outfit. Moroukian, who, along with Foley and other church members, spent Saturday morning baking choereg – sweet buns – said there are similarities between Greek and Armenian foods.

â€œWe use a lot of rice and bulgur, which is actually cracked wheat, in our main dishes,â€ said Moroukian, who lives in Niskayuna. â€œAnd there is a specific difference in the desserts. They use a lot of honey. We use simple syrup, sugar and water, and a little lemon juice. And we make our own yogurt, from cultures of milk and yogurt.

Castleton’s Armenak Kutchukian said the same Armenian recipe will vary in ingredients and preparation, depending on the region it is from. â€œPeople will be arguing over which one is better,â€ Kutchukian said. “It’s an Armenian tradition.”

â€œEach house usually has a small patch of parsley and mint,â€ Moroukian said. â€œIt’s easy to grow and comes back every year. We use it in a lot of our dishes. . . . We dry it and use it in many soups.

â€œAnd we use mint tea for stomach aches and headaches,â€ Kutchukian added.

From the Rev. Stepanos Doudoukjian

Brown the minced meat in a pan and drain the fat. In another skillet, brown the garlic and onion in 1 tablespoon of olive oil. Add the meat to the onions and garlic. Keep on low heat. Cook the pasta shells. When the pasta shells are ready, mix everything together. Garnish with yogurt if desired, serve immediately.

Wash and peel 1 medium cucumber. Cut lengthwise into 4 to 5 strips; very thin slice. Mix 1 liter of madzoon with a spoon, adding a little water if the madzoon is too thick, then add the cucumbers, minced garlic and a pinch of salt. Mix with a spoon, refrigerate. Two ice cubes can be added to each individual serving. Add mint if desired.

Brush the bottom of the jelly mold with butter. Roll out six sheets of phyllo dough, butting between each layer with melted clarified butter. Combine the nuts, sugar and cinnamon to make a nut mixture.

Bake at 325 degrees for 45 minutes, turning the pan once. Cool completely. To prepare a simple syrup, combine the sugar and water and bring to a boil. After boiling, add 1 teaspoon of lemon juice, then reduce the temperature to simmer for exactly 10 minutes. Cool the syrup until hot, then pour over cooled paklava.

More from The Daily Gazette: