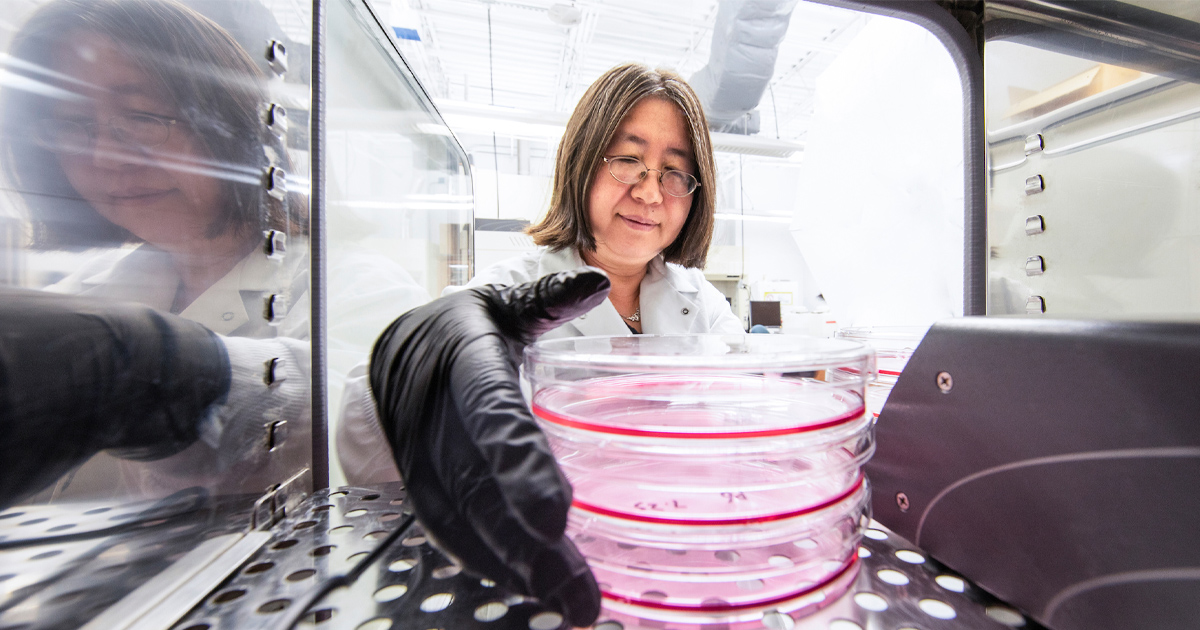 Florida State University researchers have developed a promising strategy for producing therapeutic particles in stem cells, work that could help patients with neurological diseases such as stroke or multiple sclerosis.

The technique developed by researchers at FAMU-FSU College of Engineering and FSU College of Medicine combines three-dimensional growth platforms with wave-like motion. The research has been published in the Journal of Extracellular Vesicles.

Particles released by cells – called extracellular vesicles – are chemical messengers that affect cell behavior. They can be used to transport drugs to target organs in the body. Improving the production and efficiency of these particles is a major area of ​​research.

FSU researchers combined two techniques to produce these particles. The first was to grow stem cells in a 3D culture rather than in two dimensions. The second involved suspending the growing cells on the platform which was rocked back and forth in a gentle motion, producing small waves that helped deliver oxygen, glucose and other nutrients to the cells. Their combined method led the stem cells to produce twice as many particles as those grown in a 2D platform.

“Just as the flow of a river will move more material than a static lake, our use of dynamic waves in the growth of these stem cells will deliver more nutrients to the cells than if they were simply suspended in the culture medium. “said lead author Yan. Li, associate professor of chemical and biomedical engineering at FAMU-FSU College of Engineering.

The work could also help treat patients with neurological diseases such as multiple sclerosis, stroke and Alzheimer’s disease. These diseases disrupt the cell-to-cell interactions necessary for brain repair. Extracellular vesicles harvested from engineered stem cells that mimic human neural cells could provide the molecules that tell a patient’s damaged cells to start repairing themselves.

“The vesicles contain a lot of microRNAs and proteins, and these change the behavior of the cells,” Li said. “They don’t speak or write a word, but they deliver signals. They take out what looks like packets — the particles. They send them, other cells receive them, and they change what those cells do. The technical approach is to make the cells deliver the desired signals.

This work was supported by the National Science Foundation, the Ed and Ethel Moore Alzheimer’s Disease Research Program of the Florida Department of Health, the National Institutes of Health, and Synergy Biologics, LLC.