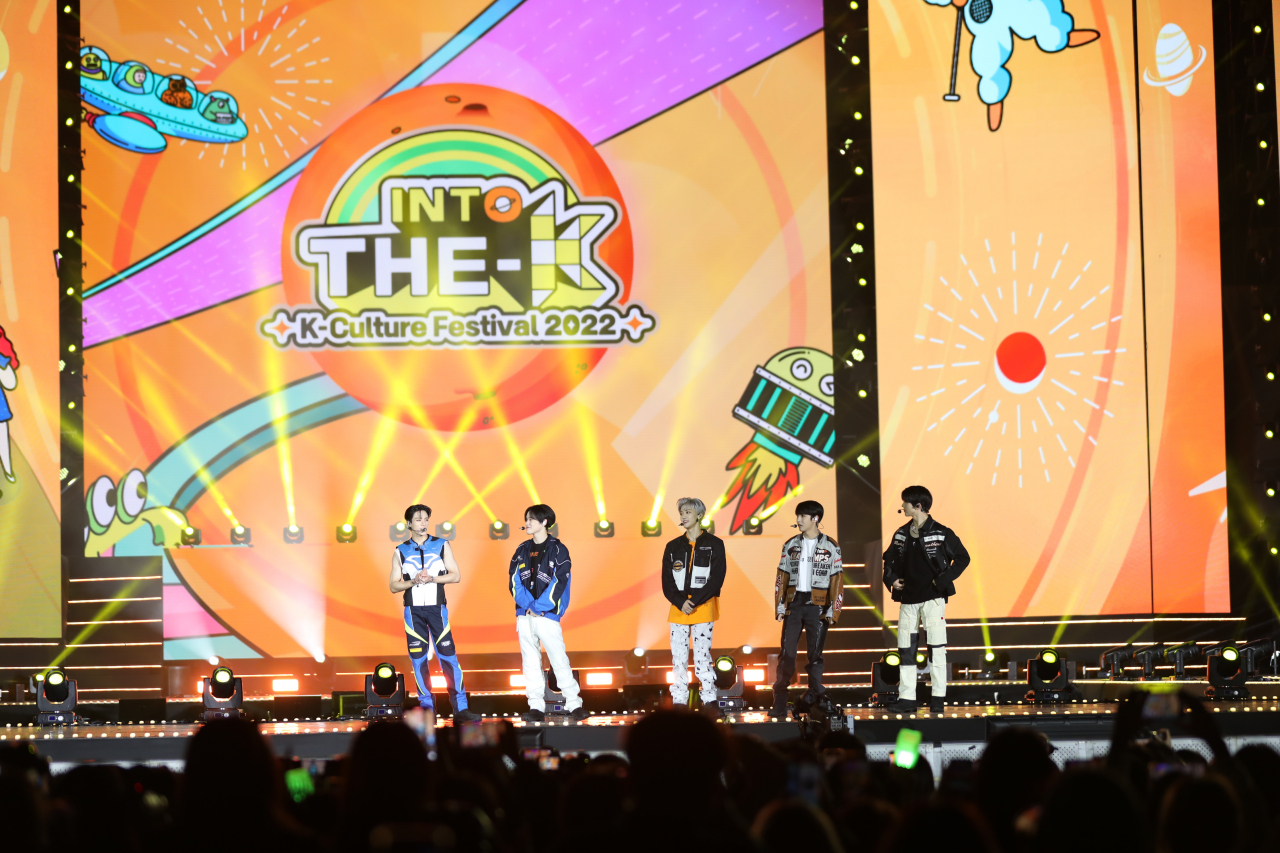 Founded in 2020 by the Ministry of Culture, Sports and Tourism and its affiliated private Korea Foundation for International Cultural Exchange, the festival is held annually to promote Hallyu, or the Korean Wave.

Jointly organized by the two, the Ministry of Culture’s annual large-scale global event began on September 30 and ended on Saturday.

This year’s festival was held under the slogan “Into The-K”, inviting fans to arrive on a planet called “The-K” to revel in Hallyu culture.

The festival’s K-pop concert welcomed fans flocking to Seoul from inside and outside the country to promote K-pop idol groups ranging from rookie groups to A-listers.

The host of the event was Lee Teuk from Super Junior and Chuu from girl group Loona. Eleven acts took to the stage Friday night for the fans.

Up-and-coming K-pop artists like StayC, Blank2y, MCND, and Cravity joined the first part of the live session. Boy groups Monsta X, Winner and NCT Dream, rapper Zico, girl groups Ive and WJSN and American singer-songwriter Max, who is also one of the producers of “Yet To Come (The Most Beautiful Moment)” by BTS, graced the second half of the event.

Traditional and contemporary Korean culture was also showcased through a series of Korean classical music performances and a calligraphy sketch show by armless painter Seok Chang-woo.

The third edition of the event officially kicked off on October 1 with “The-K Drama Concert,” featuring a show that featured famous TV drama scenes and music from popular drama series, including “Itaewon Class” and “My Liberation.” “, as part of a musical and orchestral session.

A discussion session between well-known Korean drama series producers and singers who have lent their voices to the drama series, such as Super Junior’s Paul Kim and Kyu-hyun, was also held.

K-pop groups like the Boyz and Oh My Girl invited fans to the auxiliary stage for “The-K Stage” at the Seoul Sports Complex on October 2 and 3, respectively.

The nine-day event ended Saturday with “The-K Parade,” where some 2,000 participants and art troupe members marched from Jongno to Gwanghwamun in central Seoul.