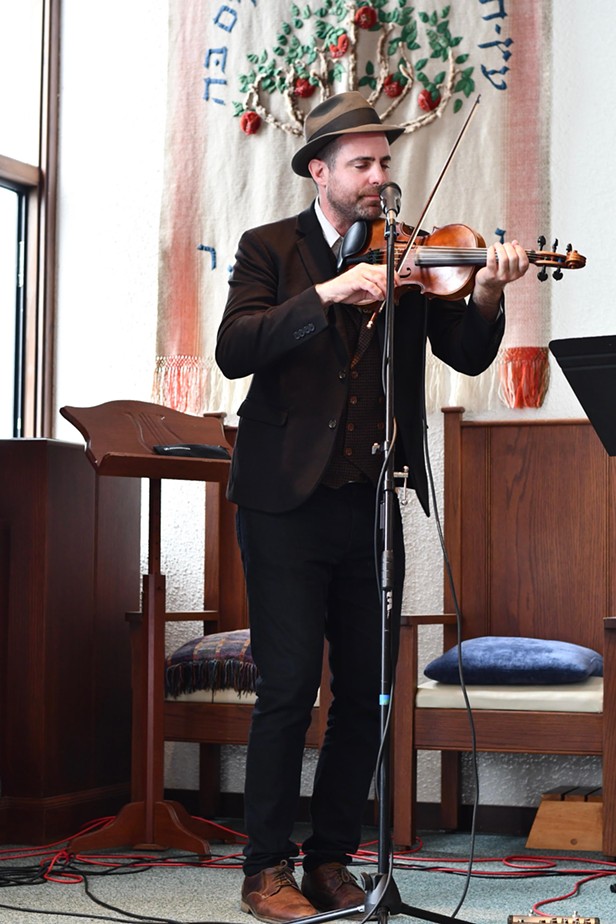 If you slap yourself because you missed Temple Beth El‘s Yiddish Music Festival last year, ne kvetch, it’s back!

Humboldt Jewish Music and Culture Festivala celebration of Yiddish and Sephardic culture, music and cuisine, takes place February 4-11 Going through Zoom. The event was renamed this year to include a greater diversity of
Jewish music, such as local cellist Kira Weiss’ Sephardic musical event on Tuesday, February 11.

Due to the pandemic, the festival is billed as an expanded Zoom event with highlights that include Cabaret culture in interwar Poland, a multimedia presentation by Jewish music scholar Dr. Ellie Shapiro, an independent researcher specializing in Polish-Jewish relations. In 2018, Shapiro completed a thesis on festivals of contemporary Jewish culture in small Polish towns. A former director of the Bay Area Jewish Music Festival for 18 years, she first visited Poland in 2003 as a guest of the Polish Cultural Institute. From 1982 to 1990, Shapiro was based in Israel where she worked as a teacher and freelance journalist.

About the presentation: Jewish musicians played an important role in shaping the popular culture of newly independent Poland after World War I. Familiar with the modern sounds coming from New York’s Tin Pan Alley and the back streets of Buenos Aires, they created a cabaret scene that brought tango, jazz and more to enthusiastic audiences. This multimedia presentation offers a window into this unique world that tragically ended in 1939.

And let’s not forget the food! Let’s invite Bubbe to dinner is a cooking class with mother-daughter chefs, Lauren and Mariah Sarabia. Lauren is the owner and chef of Comfort of Home Catering, one of the only Jewish owned and culturally influenced recipes on the North Shore. On Sunday, February 7, pre-ordered traditional Jewish baked goods and lunch will be offered by Sarabia’s chefs. Get the full menu, details and tickets at www.templebetheleureka.org.

About the presentation: This presentation traces the cultural and musical history of Sephardic Jews from their expulsion from the Iberian Peninsula (Spain and Portugal) in the 15th century to the two main diasporas: the urban centers of the Ottoman lands (present-day Turkey, Greece and the Balkans) and the Morocco. The ensemble will perform several love songs from Salonica, Istanbul and Izmir – cities that became centers of Sephardic life and culture in the 19th and 20th centuries – and a traditional Moroccan Sephardic wedding song, explaining the cultural contexts and musical.

Prices for Humboldt Jewish Music and Culture Festival events are $15-$30, or $60 for the pass to all events. Detailed information and tickets available at www.templebetheleureka.org.