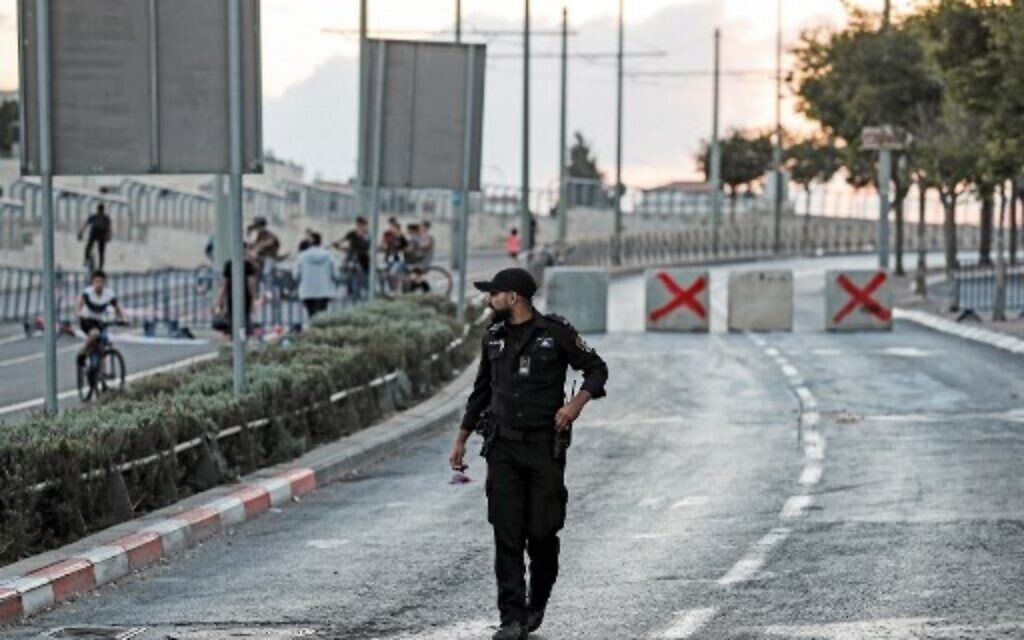 Israel has blocked a cultural festival at a site protected by France in East Jerusalem, claiming it was sponsored by the Palestinian Authority without Israel’s permission, a claim denied on Wednesday by organizers.

The planned three-day festival at Abraham’s House for religious pilgrims, with performances by Palestinian arts groups, was supported by the United Nations Development Program (UNDP), Finland and Austria.

The director of Abraham’s house, Bernard Thibaud, told AFP that the children’s performances had already started on Tuesday when the police arrived and closed it, adding that he was “shocked and ashamed” by the ‘cancelation.

In the cancellation order, Israeli Minister of Public Security Omer Barlev wrote that the event was being held “with the sponsorship and funding of the Palestinian Authority, and without written permission.”

By registering, you accept the conditions

The Maison d’Abraham is managed by a religious charity, Secours Catholique-Caritas France. It is under the protection of the French Consulate in Jerusalem, like the Church of St. Anne in the Old City, which President Emmanuel Macron visited last year.

“The goal is to bring a little joy and recreation to children and adults in this environment who experience a lot of poverty and violence,” said Thibaud.

â€œAsking the police to stop these cultural events only increases the violence in the neighborhood. “

Israel prohibits the official activity of the Palestinian Authority in Jerusalem, seeing it as an attack on its sovereignty in the capital. The Palestinians hope to establish the capital of their future state in East Jerusalem.

The festival was organized by the Edward Said National Conservatory of Music, the Palestinian National Theater El-Hakawati and the Qafilah Mobile Theater in Jerusalem.

When asked if the PA supports his organization or the festival, conservatory director general Suhail Khoury told AFP “no, not at all”.

Amer Khalil, director of el-Hakawati, also told AFP that the PA was “not at all” supporting his group or the festival, adding that it was a UNDP program.

Barlev did not immediately respond to questions from AFP.

Arts groups publicized the event with the help of a local association in Silwan, a Palestinian neighborhood on the outskirts of Jerusalem’s Old City.

What does â€œfierceâ€ mean in Hebrew?

In Streetwise Hebrew for the Times of Israel community, each month we learn several familiar Hebrew phrases around a common theme. These are small audio Hebrew course that we think you will really appreciate it.

This month we learn some phrases on the topic of Strength and power. Ready to fight with us?

Are you serious. We appreciate this!

We are really glad you read X Times of Israel Articles in the past month.

That’s why we come to work every day – to provide discerning readers like you with must-see coverage of Israel and the Jewish world.

So now we have a request. Unlike other media, we have not set up a paywall. But since the journalism we do is expensive, we invite readers for whom The Times of Israel has become important to help support our work by joining The Times of Israel community.

For as little as $ 6 per month, you can help support our quality journalism while benefiting from The Times of Israel WITHOUT ADVERTISING, as well as access to exclusive content reserved for members of the Times of Israel community.