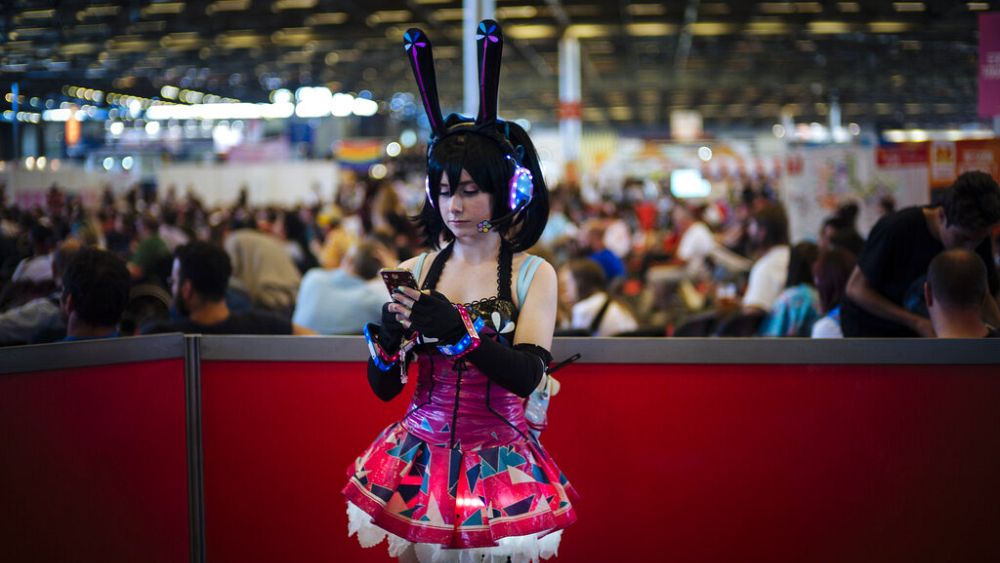 Japan Expo, the European festival of Japanese popular culture, is back in Paris after two events canceled in 2020 and 2021 due to the COVID-19 pandemic, and fans were not missing out.

Nutritionist Victoria Relier is one of the visitors.

“I’m very happy to be here. It’s the first Japan Expo since the Covid, [when] we had no right to be in a convention. We’re really happy to be here, it’s true that there are a lot of people,” said Relier.

The event takes place with the financial assistance of Piccoma, a South Korean publisher of digital manga and webtoons. The company is well established in Japan and arrived in France this spring.

Piccoma Europe manager Hyung-Rae Kim was present at the press conference to introduce the “great treasure hunt” using QR codes around the site.

“When you have managed to find all the QR codes, you can collect gifts from the Piccoma stand,” he explained.

Japan Expo organizers say they want to “open the doors to pop culture around the world, from South Korea to the United States to Africa.”

On the guest side, fans of Japanese culture will also be able to meet Yuji Kaida, painter of Kaijus, the legendary monsters of local folklore such as Godzilla, or even Brigitte Lecordier, the mythical voice of the character Son Goku (Dragon Ball Z) and many cartoons. of the 1980s.

Sumo is also there for the first time, represented by Paris Sumo, the only club in France dedicated to this traditional sport.

“We also really want to go beyond the clichés about sumo. It’s a sport with real values, a real nobility, like all sports, which develops a sense of courage, pugnacity and technique,” he said. one of the trainers Thibault Ritchie.