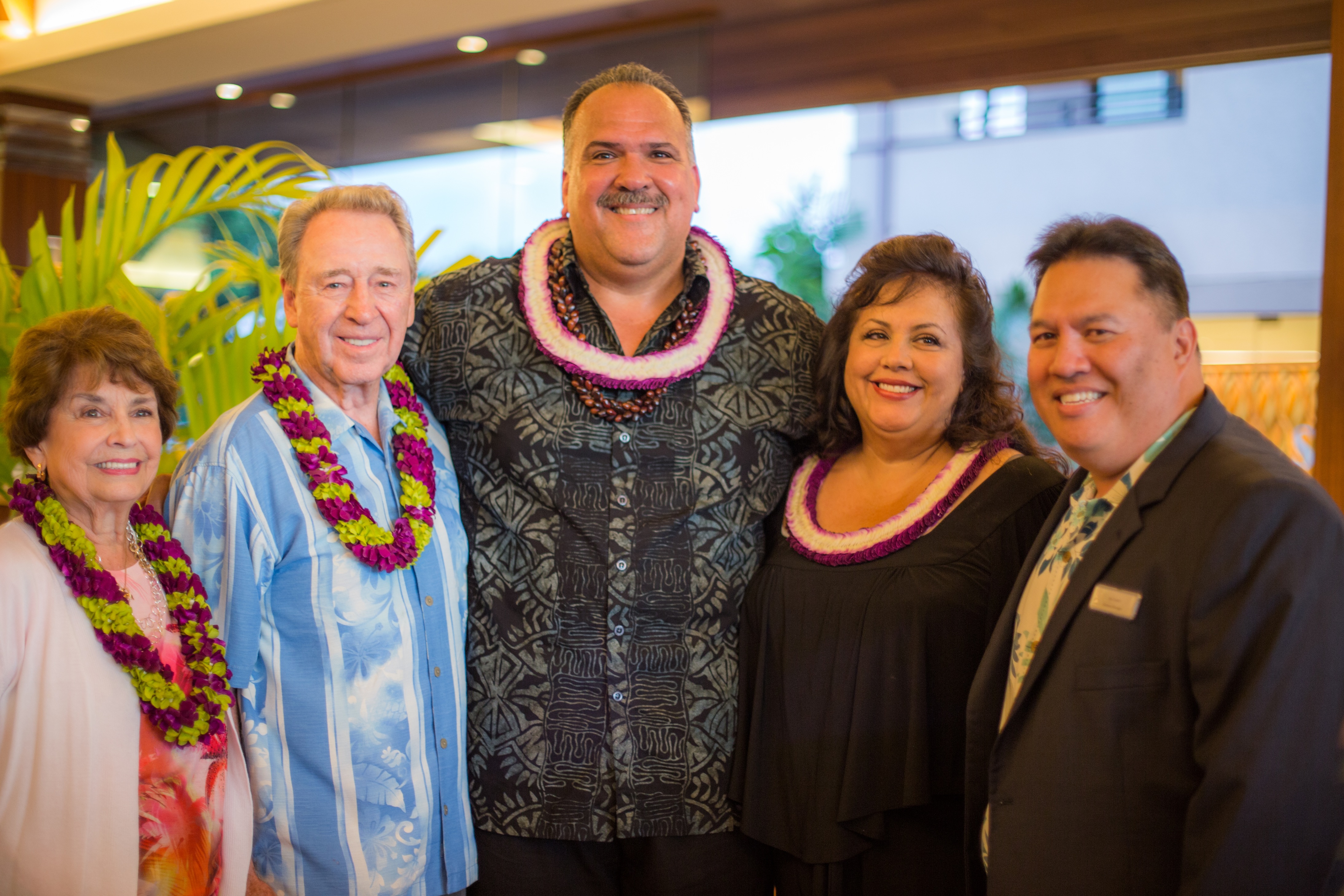 Kumu Hula Kaleinani has shared his love for Hula, Kauai and Hawaiian culture all over Japan. She continues to encourage tourism for Kauai and contributes to the ever-growing interest in Hula across Japan.

A private reception was held at Koloa Landing Resort and Spa in honor of Kumu Hula Kaleinani Hayakawa on Saturday November 15, 2014. Kaleinani wanted to mark his 50th anniversary as Kumu Hula in Kauai with some of his longtime students and special friends. The recently re-elected mayor of Kauai, Bernard Carvalho, was in attendance, as a longtime friend. Bill Child, CEO and Chairman of the Board of Directors of Poipu Beach Villas, developer of Koloa Landing, also welcomed Kumu Hula Kaleinani among other friends and dignitaries.

â€œWe are delighted to welcome Kumu Hula Kaleinani Hayakawa and celebrate his accomplishments, his love for the hula and the Garden Island of Kauai,â€ said Ike Cockett, Managing Director of Koloa Landing. a triumphant election is an added bonus.

The reception at Koloa Landing was held to honor and celebrate Kaleinani’s many accomplishments and relationships that have developed over the past five decades. She has a long-standing relationship with Kauai, the island’s Hula Halau and Kumu Hula, as well as with many prominent public figures. A special hula was created for Kauai and the people by Kumu Hula Kaleinani.

â€œ’Okyo Rock’ (okyo means song or prayer, and ‘rock’ means contemporary rock music), according to Kaleinani, is a Buddhist song added to contemporary rock music which is to bring good to the world, especially to people of Kauai. The hula movement was created by Kumu Hula Kaleinani and was performed earlier this year in Honolulu for the Honolulu Festival where Kaleinani was invited to produce a hula show at the Hawaii Convention Center. It was also performed at Kaleinani’s 50th anniversary concert at the Tokyo International Forum with 5,000 people in the audience, â€said Arthur Umezu, Kaua’i Cinematography Commissioner, who was also present at the private event. Saturday.

In 1956, Ms. Kazuko ‘Kaleinani’ Hayakawa, who trained as a ballet dancer in Japan, came to Hawaii to experience a Hawaiian dance called hula. His teacher was renowned Kumu Hula Louise and Luka Kaleiiki from Papakolea, Oahu. Kaleinani became Kumu Hula of the Joban Dance Academy which officially opened in 1964, where hundreds of hula girls learned to perform at the Joban Hawaiian Center (name changed to Spa Resort Hawaiians in 1990). In 1976, Hayakawa opened Japan’s first hula school in various districts of Tokyo and the neighboring region. During the sixties and seventies, Kaleinani continued to be interested in Hawaiian culture, hula, and music. In the late 1970s, Hawaii Governor George Ariyoshi honored and recognized her for her work as a teacher of hula and Hawaiian culture and arts in Japan.

Since 1991, Kaleinani has dedicated his time to visiting Kauai and sharing his knowledge of hula and dance with the island. In 1996, she launched the Kauai Hula Festival which brought hundreds of dancers and her students from Japan to perform with hundreds of hula dancers from Kauai. The Kauai Hula Festival continued for six years, then the festival was moved to Japan. The festival was held in many cities across Japan including Fukuoka, Yokohama, Tokyo and Kumamoto, promoting Kauai to the Japanese hula community.

Former Kauai Mayor Maryanne Kusaka dedicated a â€œhula treeâ€ to Kaleinani in 1991 which was planted on the grounds of the Kauai War Memorial Convention Hall in Lihue. In 2006, Kaleinani was portrayed in a Japanese film, “Hula Girl”, which received 12 Japan Academy Award nominations and won 6 awards. Hula Girl became one of the most popular movies in Japan in 2007-2008. Hawaii’s extraordinary ukulele musician Jake Shimabukuro performed on the soundtrack. After an earthquake and tsunami that hit the town of Iwaki and areas of Tohoku in March 2011, Kaleinani created a “hula caravan” with dozens of Hawaiian Spa Resort dancers who have traveled and performed throughout. Japan to give hope and inspire those devastated by the tragedy. .

Kaleinani came to Kauai in 2008, specifically to congratulate Kauai’s new mayor, Bernard Carvalho, who entertained her by playing and singing Hawaiian songs. Mayor Carvalho returned his aloha by attending the Spa Resort Hawaiians reopening ceremony and Iwaki Town Revitalization event hosted by Iwaki Town Hall in October 2011. A fulfilling friendship is born between the two which continues to improve in both Kauai and Japan.

This year 2014, she received a cultural and humanitarian award from Mayor Fumiko Hayashi of Yokohama. On July 9, 2014, Kaleinani was honored at the Great Hula Celebration for the 50th Anniversary of Joban Dance Academy at the Tokyo International Forum, where she performed her special Kauai Hula. She invited the best musicians from Hawaii and Kumu Hula to perform, including: Chinky Mahoe, Blaine Kia, Moon Kauakahi from Makaha Sons, Pomaikai Keawe Lyman (the granddaughter of Genoa) and many more. She has also invited dancers from Kauai: Troy Lazaro, Kekoa Tango and Pali Caberto as well as Miss Hawaii 2014, Stephanie Steuri, from Kalaheo, Kauai.

For the past 50 years, Kumu Hula Kaleinani has shared his love for Hula, Kauai, and Hawaiian culture all over Japan. She continues to encourage tourism for Kauai and contributes to the ever-growing interest in Hula across Japan. The exclusive reception at Koloa Landing was coordinated by Michiru Umezu, Pres. Sakura System, Japanese language and business service, serving Kauai since 1990.

Share the article on social media or by email: