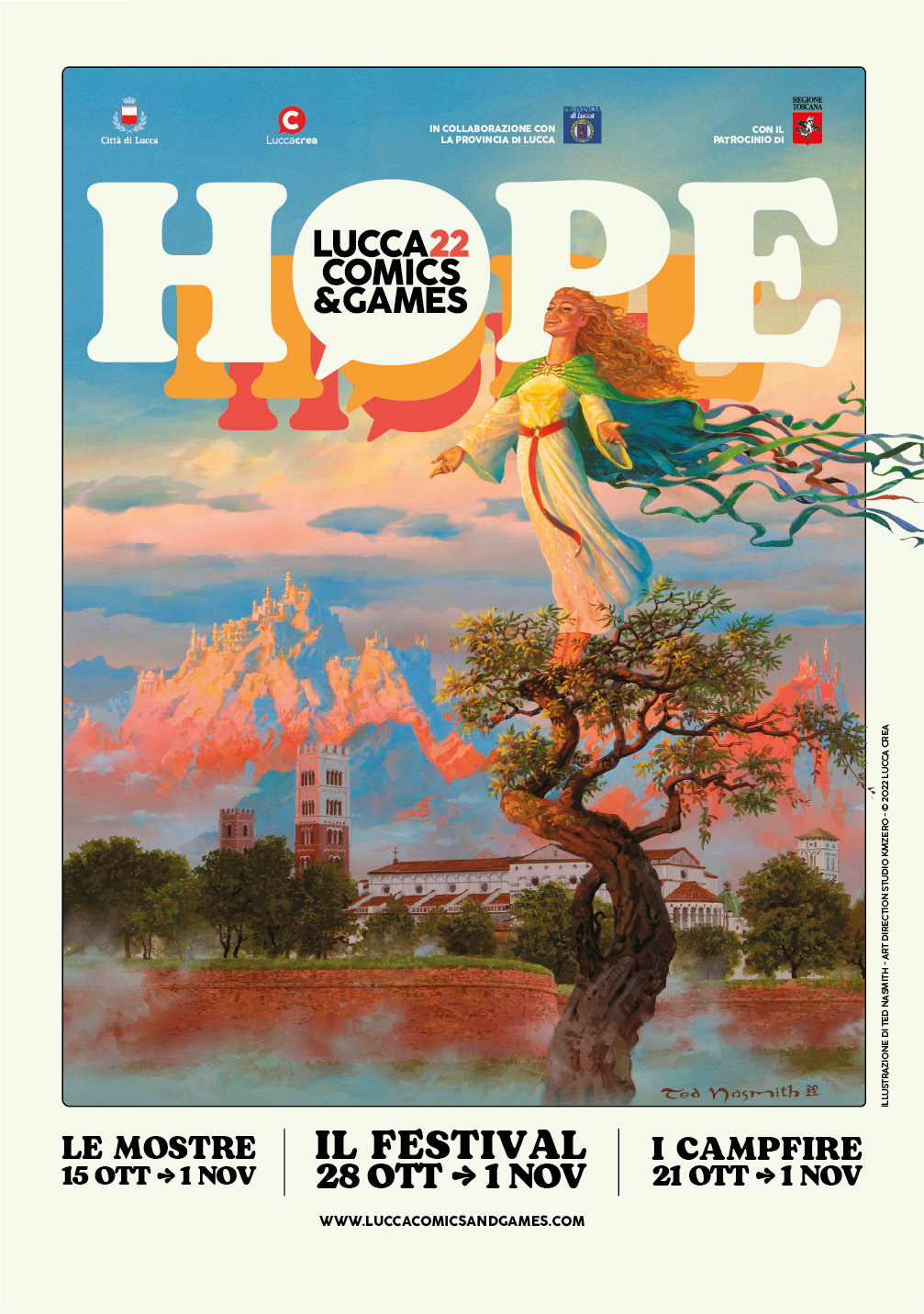 Lucca Comics & Games, Europe’s biggest pop culture festival, is back! It will run from October 28 to November 1 and will again be held in the medieval walled city of Lucca.

Lucca Comics & Games 2022 is the largest convention of its kind in Europe (and the second in the world after Comiket in Tokyo) and brings together thousands of fans of comics, games, video games, fantasy fiction, manga, anime, animated films , TV series and cosplay from all over the world.

This year the festival will host the 20th anniversary celebrations of iconic game company CD PROJEKT RED, as well as TOEI Animation Europe and Anime Factory’s celebration of “One Piece”. There will also be exhibitions dedicated to masters like Alex Randolph and international guests such as Chris Ware, John Romita JR., Tracy Hickman, Chris Riddell OBE and John Blanche.

Each year the festival has a theme and this year’s theme is hope – which was depicted on the 2022 festival poster (above) created by Canadian artist Ted Nasmith, who is known for his illustrations of the works of JRR Tolkien The Hobbit, The Lord of the Ringsand the cover of the first edition of The Silmarilliona posthumous work edited by Christopher Tolkien. In Nasmith’s artistic vision for the festival, “Hope” is the Lady of Dawn. The goddess HOPE is inspired by Yavanna, who represents the “healer of nature” in the universe of JRR Tolkien.

“Fantasy is on the side of those who dream, of those who want to build alternatives, parallel worlds, better scenarios, new roads,” said festival director Emanuele Vietina. “For us, HOPE is a certainty, not a doubt. HOPE is the future of a generation, as Greta Thunberg would say, something that comes from actions, not words. Above all, HOPE is the only thing that remains in Pandora’s box when it is opened.

Lucca Comics & Games will take place from October 28 to November 1. More information can be found here.