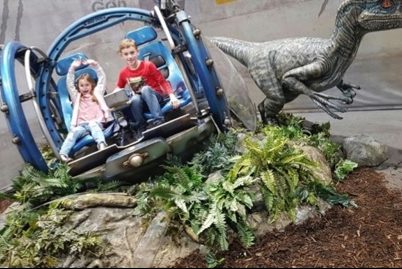 Manchester Central is one of three hosts of a spectacular ‘MegaCon’ festival, a series of new pop culture shows from the creators of ‘MCM Comic-Con’, ‘Social in the City’ and ‘TokFEST’.

The festival aims to immerse participants in the world of modern pop culture and take it to the next level. It will combine all modern media as consumers know it today in an epic celebration of all things pop culture and beyond.

MegaCon will make its Manchester debut on July 30-31, 2022 at Manchester Central, with additional shows staged at Birmingham NEC and Dublin RDS.

The show will make its mark in the pop culture space, as it collaborates with key partners to welcome 20,000 to 30,000 fans and consumers for its inaugural events. Backed by the original founder of MCM Comic-con, the festival’s creators have an ambitious growth strategy, with plans to expand the show.

MegaCon intends to evolve modern pop culture shows as we know them, with a series of events aimed at pop culture fans, comic book lovers, streamers, gamers, moviegoers and more. to the cosplay community at the heart of modern fan events.

Exhibitors at the event will include major film companies, fashion brands – modern cosplay, fashion and street culture – comic book and pop culture retailers spanning anime and manga, and big names from around the world. game and technology.

Each MegaCon event will take place over two days, featuring live stages with top talent from film, TV, anime, games and social media. The show will be filled with experiential booths and themed photo areas for epic memorabilia, as well as a huge retail area filled with geek memorabilia.

Participants will be entitled to appearances from big names in film, television, gaming, anime talent and influencers, who will be available for meeting and signing opportunities.

Immersive activities will take place throughout each weekend, all designed to engage attendees and allow them to interact more with the show itself.

The show is the brainchild of Bryan Cooney, an expert in the events industry who has been hosting major festivals and conventions for almost 30 years.

Cooney created Malo Events in 2017 and is run by Tom Burns and Aleshia Jones. Their portfolio now includes Kidtropolis, The Digital Kids Show, Social in The City, Comic Con Ireland and most recently the very successful launch of TokFEST, a festival for TikTokCreators.

TokFEST took place in September and brought together over 5,000 fans and creators for a weekend of live onstage content, dating and photo experiences – a major boost for the live events industry and the group return to influential events after two years.

Bryan Cooney said, â€œWe are delighted to announce the latest addition to our portfolio, MegaCon. The events industry has been battered during the pandemic, so it’s great to bounce back with the launch of many new and exciting shows.

â€œWe had huge success with our recent TokFEST show, which demonstrated that consumers’ appetites for events and experiential experiences are back.

“We expect Megacon to go beyond what the UK and Irish markets have seen before, we are creating a show that generally attracts a niche audience and makes it bigger with stellar programming that will appeal to the masses.”

Shaun Hinds, Managing Director of Manchester Central, said: â€œWe are delighted to have been chosen as one of the host sites for the launch of MegaCon next year.

“We have seen that there is a huge appetite for people to return to live event experiences on this scale and we are delighted to see this show come to life at Manchester Central.”