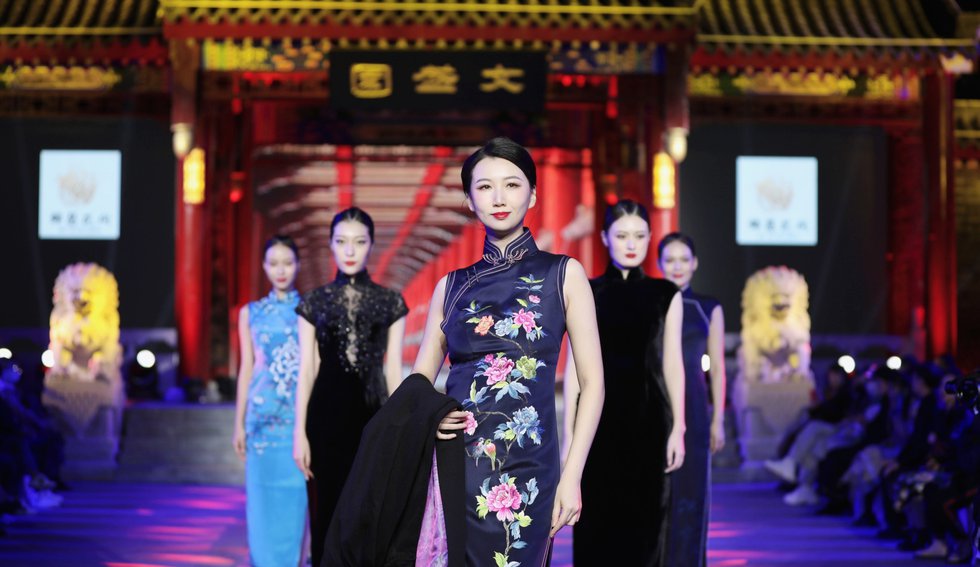 The event aimed to build a platform for exchange and promotion of Cheongsam culture. The Cheongsam Industrial Development Forum with the theme “Tradition, Quality, Life” was held on the same day, according to the Shenyang People’s Government Information Office.

Consisting of a number of cultural exchange activities, the festival lasted 3 days. The Cheongsam and New Chinese style clothing press conference on the 12th and 13th focused on digging Shenyang local brands and promotion of local cheongsam designers; an exhibition on cultural protection, research and innovation of Cheongsam and Manchurian clothing from 12 to 14 took the public into the world of Cheongsam and Manchurian costumes; the closing ceremony on the 14th allowed the audience to enjoy the visual feast of the beautiful cheongsam.

Shenyang was designed as “the ancient capital of Cheongsam” by the Chinese National Textile and Clothing Council. Today, this age-old type of dress has become a cultural calling card for Shenyang. It was part of that of Shenyang efforts to inherit, promote and innovate for traditional culture, to promote the high-quality development of cultural industry.

Link: http://asianetnews.net/view-attachment?attach-id=404025
Caption: The charm of the cheongsam