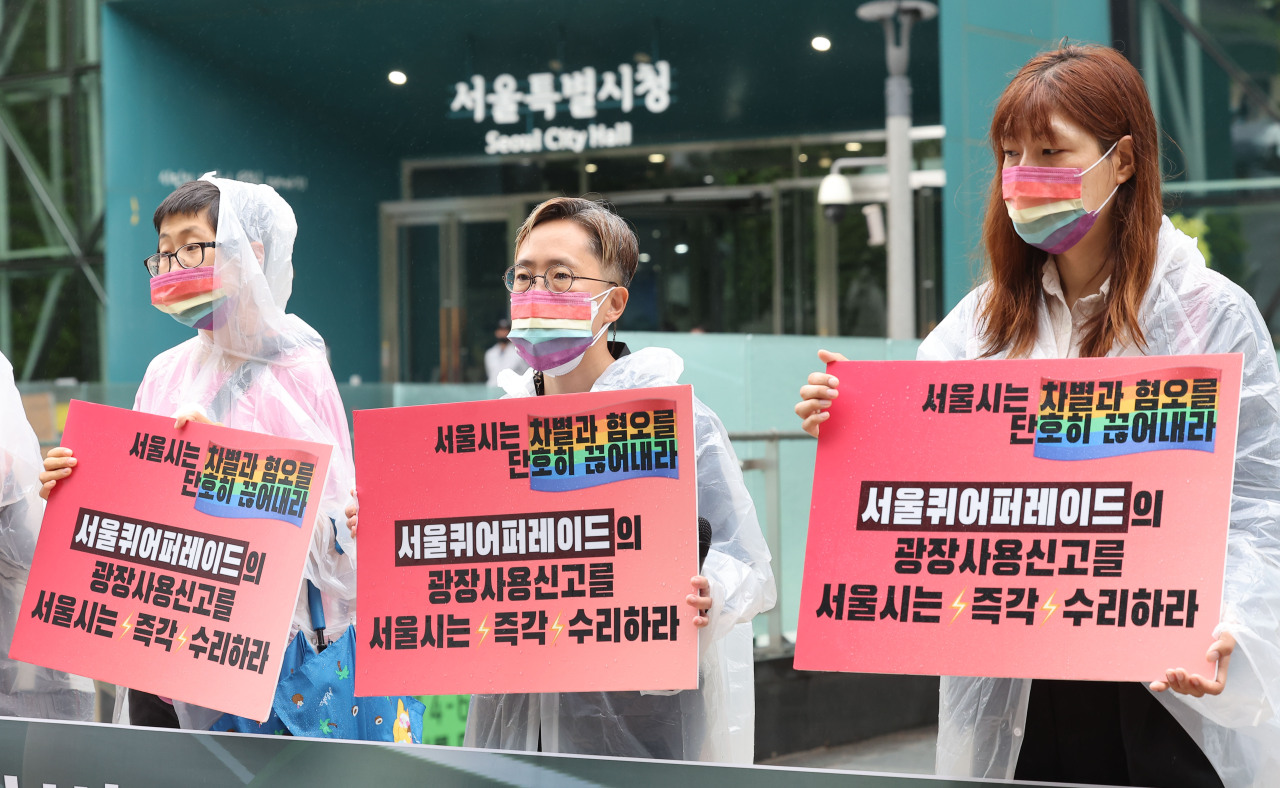 Seoul’s citizen-led council on Wednesday decided to allow the Seoul Queer Culture Festival to take place at Seoul Plaza next month, but only for one day.

The decision comes two months after the event’s organizing committee filed an application in April to use the central square in front of Seoul City Hall for six days from July 12 to July 17.

The Seoul Queer Culture Festival started in 2015 at Seoul Plaza and has seen its popularity grow over the years. Organizers said some 150,000 people attended when it was last held in 2019.

But he also faced opposition, mostly from conservative religious groups, over a display of what they considered obscene and harmful to minors, such as some attendees “showing too much skin” and the sharing cookies shaped like genitals.

This year, the authorization to use the public square is subject to a condition: the “excessive” exposure of one’s body as well as the sale and display of obscene material that violates the Youth Protection Act. are forbidden.

The new rule was one of the reasons for the city government’s decision to greenlight the event, an official there told the Korea Herald.

“The longer the event lasts, the more likely issues such as exposure of the body and the sale and display of harmful and obscene material that violates the Youth Protection Act are to occur. Additionally, supporter and opponent groups often clash at the event,” the official said.

Regarding the delay in the approval process, the person said the city government needs to see if the LGBTQ event “fits the purpose” of the venue.

The Seoul Metropolitan Government has faced criticism from activists and festival organizers in recent weeks for sitting on its decision on the event, prompting protests outside City Hall.

Event organizers earlier said it was “discriminatory” for city officials to refuse to directly grant permission for the event and hand over responsibility to a citizen-led council. The council is currently made up of civil servants, experts and citizen activists.

According to the city’s central plaza ordinance, applications to use the venue are approved within 48 hours under normal circumstances.

In 2019, South Korea’s National Human Rights Commission ruled that delaying a decision to approve the Seoul Queer Culture Festival was a “discriminatory action” against sexual minorities.

Organizers have yet to release a statement on the approval.