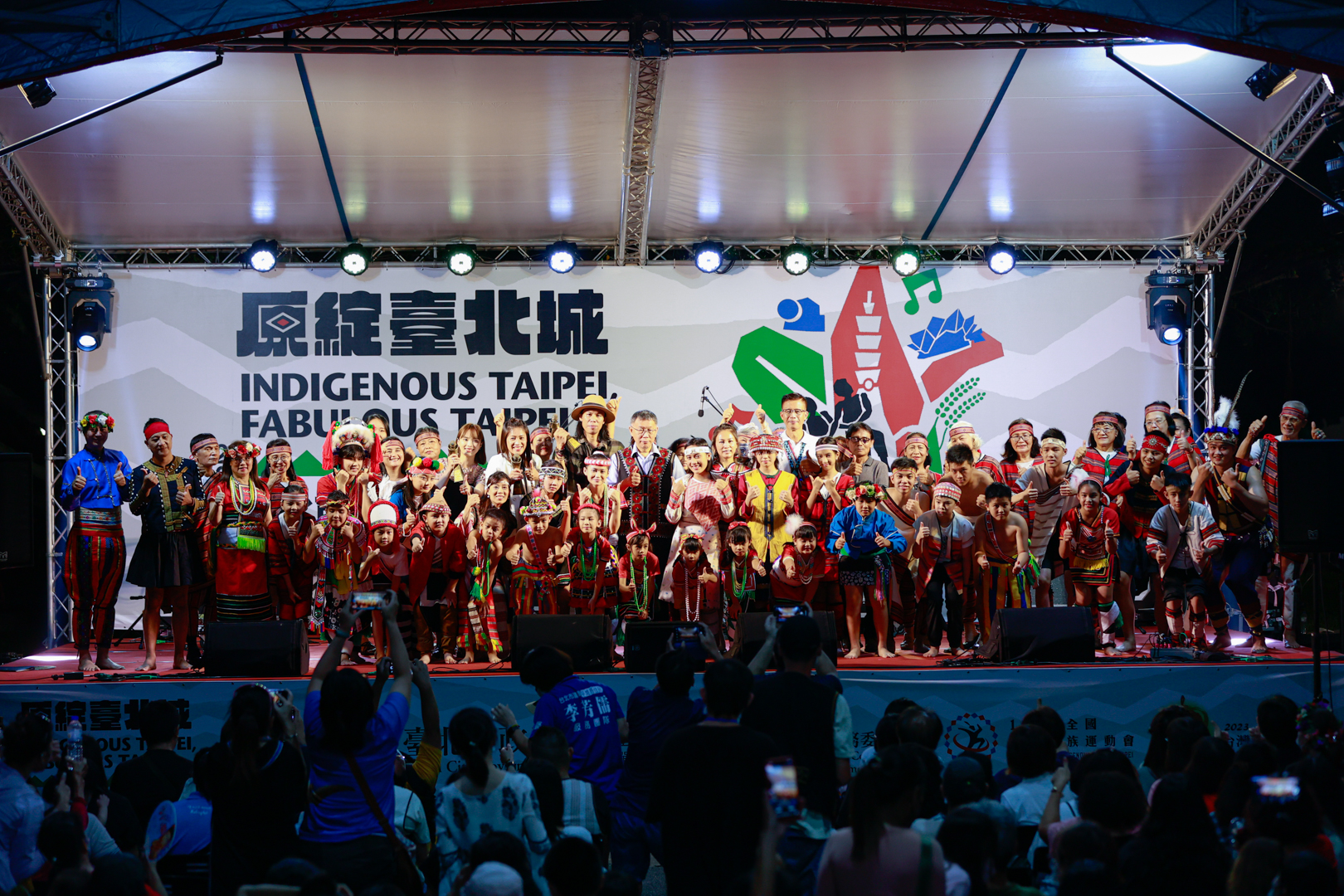 Taipei locals are invited to share in a summer night filled with indigenous culture – music, dance, performances and tribal cuisine

The winners of 2n/a The Linban Song Contest also won prizes presented by Mayor Ko Wen-je and gave live performances at the event. The event highlighted their difficulties moving to Taipei from their tribes in pursuit of a career in music, as well as the incredible work ethic that urban indigenous people incorporate into their daily lives.

Stalls were set up around the plaza showcasing hunting culture, indigenous cuisine, traditional weaving craftsmanship and cultural experiences showcasing indigenous traditional knowledge. There was also a special market dedicated to traditional arts and crafts, creative cultural and agricultural products, as well as specialty indigenous cuisine – fully showcasing the irresistible appeal of indigenous culture through the five senses with a experience that transcends ethnicities, regions, language and art. The event highlights indigenous wisdom and traditional ways of life, while making Taipei a great city that encompasses many different cultures.

This year’s event will continue until the 2023 Taiwan Lantern Festival, the theme of which will be “Light Taipei, Taipei is the Future!” in hopes of illuminating the city where dreams take flight. Indigenous peoples from all over Taiwan will be invited to Taipei for the 2023 National Indigenous Peoples Game in March next year. This event is an important sports event dedicated to indigenous people and will help integrate indigenous culture into Taipei city life for greater visibility and brilliant synergy.