The BLINK Art, Light & Culture Festival returns to the area on October 13 with an expanded NKY footprint in Covington

When the BLINK Art, Light & Culture Festival returns to Covington from October 13-16, organizers say its footprint in Northern Kentucky’s largest city will be even bigger than it was in 2019.

While the Cincinnati-based festival is not yet ready to release a map showing the exact locations of light features and art installations here, executive director Justin Brookhart said there are plans to move further east. and west of downtown Covington than three years ago, stretching from Roebling Point to the edge of MainStrasse Village.

“Working with the BLINK partners to plan the event this year, we’re really thinking about how we create space for people and a little more room for each other when they stand side by side. coast,” Brookhart said. “So what you’re going to see on the BLINK map…is we’re expanding our footprint a bit.” 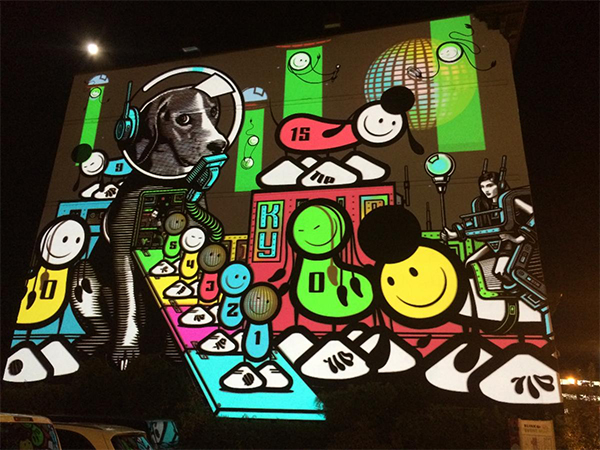 Among the objectives: set aside larger viewing areas where crowds can congregate to view screens and create large-scale projection mapping where possible large enough to be seen from further afield – including the waterfront space of Covington Plaza – while continuing to play with new technologies to creatively highlight historic buildings, architecture and murals.

The festival’s main presence will be in Cincinnati, but crossing the Ohio River to Covington is critical to its success, Brookhart said. He and others spoke at a Tuesday press conference in Covington officially confirming the city’s inclusion in the four-day festival, lit by the ArtsWave organization.

“It’s so important for us to cross this bridge physically and metaphorically,” Brookhart said. “In 2019, moving to Northern Kentucky was an experiment, and that experiment worked.”

Covington Mayor Joe Meyer, who also spoke at the press conference, said the city was thrilled to host the festival again and was pleased to join the cities of Independence, Fort Mitchell and Crestview Hills by contributing $1 per resident, as requested, towards their costs. Covington also commits staff time and logistical support to its public safety and public works departments, among others.

“Events like this enhance the image of the entire region, including every city in our region, and provide… an opportunity for residents across the region, regardless of political boundaries, to share in a truly extraordinary experience. Meyer said. “It’s a special event, and we can’t wait for the Flashing Lights Festival to happen here in 2022, and Love The Cov.”

Brad Mason, digital marketing manager for the Cincinnati Regional Chamber in the United States, said details of participating artists, exact light installation locations and a map of the festival will be released later this summer and fall.

More information about the festival can be found online at FLASH Cincinnati.