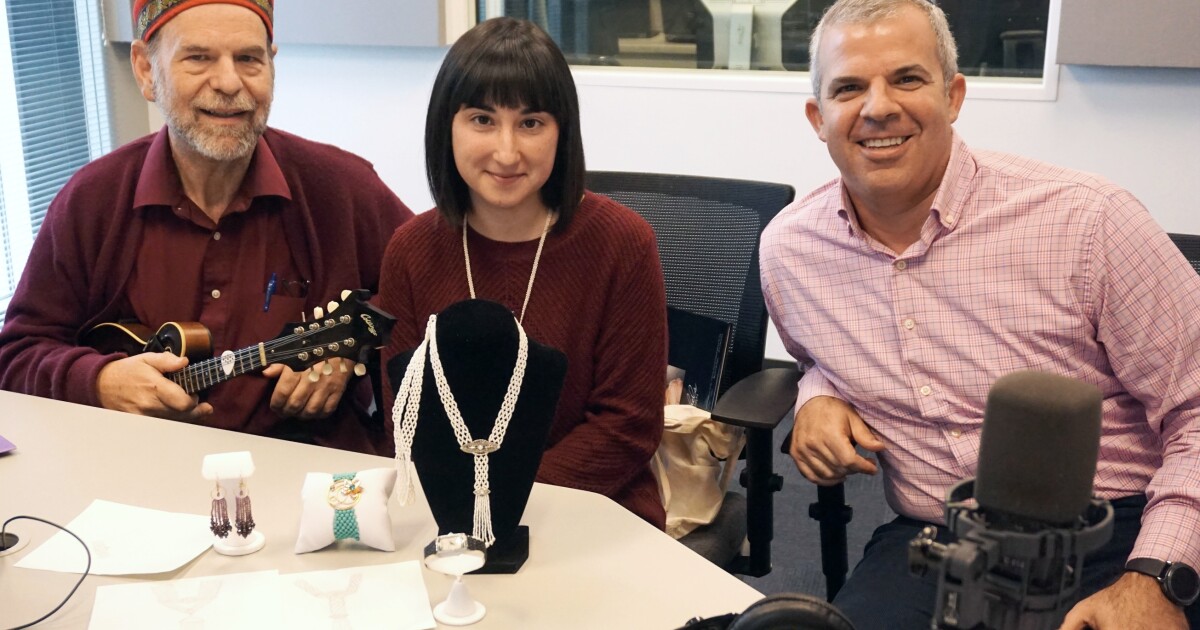 St. Louis has been home to a vibrant Jewish community for many decades. This weekend, an arts and culture festival will bring together diverse artists and musicians across the country to showcase Jewish talent, food and customs.

Fridays Saint Louis livehost Don Marsh spoke about the upcoming festival, billed as “Sababa.” It is a joint effort of St. Louis Jewish Community Center (The J), Jewish Federation of St. Louis and other local organizations. Joining the conversation were artists Rachel Zolotov and musician Will Sol, who are both taking part in the event. Rabbi Brad Horwitz, director of Jewish engagement and adult programs at the J, also joined the program.

“Sababa” is Hebrew slang for something that is “cool” or “awesome”.

“It’s a trendy atmosphere; we want this festival to be something really current and contemporary and focused on Jewish life,” Horwitz said.

Soll played klezmer music on a mandolin throughout Friday’s segment.

“I didn’t know anything about [klezmer] When I started [playing]. It occurred to me that this was something that would connect me to my Jewish roots, the Jewish community; I heard a little about it and it was a wonderful adventure of discovery,” Soll said. “I love this stuff.”

The klezmer is a musical tradition of the Ashkenazi Jews of Eastern Europe – but the mandolin is not a usual klezmer instrument used for melody, like the violin or the clarinet. But Soll wanted to “find a voice” for the mandolin in klezmer music.

Testing some sound levels with St. Louis Jewish musician Will Soll ahead of our segment on the upcoming Sababa Jewish Arts and Culture Festival. pic.twitter.com/LQYtRHMBV0

“I don’t use any Jewish symbols per se in all of my jewelry, but I have a strong Jewish background and love antiques and vintage, and that’s kind of a history looking at my pieces,” said Zolotov.

Horwitz stressed that the free festival is open to everyone, whether the attendees are Jewish or not.

“We want to showcase the vibrancy of contemporary Jewish culture with the people of St. Louis,” he added.

Saint Louis live brings you the stories of St. Louis and the people who live, work and create in our region. Host of St. Louis on the Air Don Marais and producers Alex Heuer, Evie Hemphill, Lara Hamdan and Xandra Ellin give you the information you need to make informed decisions and stay connected to our diverse and dynamic St. Louis region.