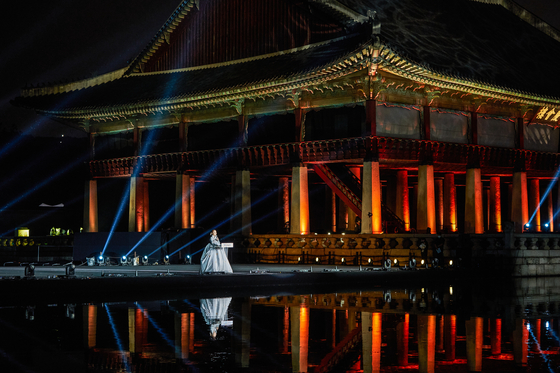 The biennial Royal Cultural Festival which invites the public to discover and experience the royal palaces of Korea began on October 15. the festival was enjoyed by more people, even attracting those from the MZ generation (millennials and Gen Z), “who were indifferent to royal Korean culture,” according to Joo Jay-youn, artistic director of the event.

The Royal Palaces and Tombs Center of the Cultural Heritage Administration and the Korea Cultural Heritage Foundation – the festival’s co-organizers – said the fall edition of this year’s 7th Royal Culture Festival will be was spread by word of mouth among the younger Korean generation through its witty and lively online programs. 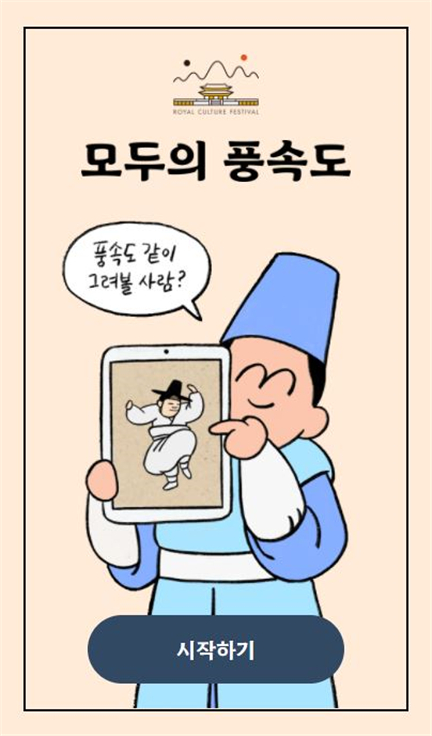 One of the most popular online programs is â€³ Everyone’s Genre Painting â€³, which allows participants to create their own characters in a genre painting. [KOREA CULTURAL HERITAGE FOUNDATION]

â€œThe most popular online program is ‘Everyone’s Genre Painting’, in which more than 270,000 people participated just five days after the opening,â€ said Choi Hye-jo, public relations manager of the festival.

The program allows participants to help draw a character in one of Korean genre paintings by era artist Joseon Kim Hong-do (1745-?).

â€œIf you look closely at each character depicted in Kim Hong-do’s genre painting album, you will be surprised at the diversity of their facial expressions,â€ Choi explained. “This program allows participants to become more interested in the painters of the Joseon era (1392-1910) and their works, as well as the various events represented in Korean genre paintings.”

There are nine online and two offline programs for this year’s fall edition of the Royal Culture Festival. 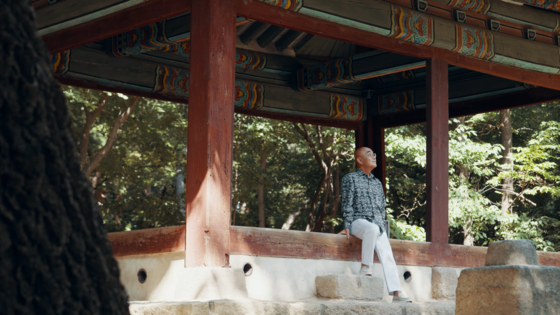 â€³ Palaces Beloved by the Artists â€³, an online performance by musicians performing in various palaces is available on the festival’s YouTube channel until October 31st. [KOREA CULTURAL HERITAGE FOUNDATION]

Another popular online program, according to Joo, is â€œRoyal Culture Festival: Delivered to your doorstepâ€ for home attendees.

For previous festivals, attendees received a DIY kit that allowed them to craft the Royal Joseon Lanterns and a Royal Jewelry Box using hanji (Korean traditional paper). But this time, the organizers have created a new board game based on the traditional board game known as yutnori. 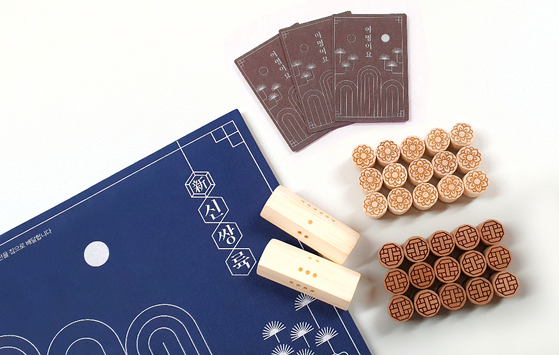 Festival organizers have recreated the traditional Yutnori board game for the â€œRoyal Culture Festival: Delivered to your doorstepâ€ program. [KOREA CULTURAL HERITAGE FOUNDATION]

â€œIt’s not the typical yutonori that we play today,â€ said Joo. “Participants must follow the exact rules that were used during the Joseon Dynasty.”

On October 18, a total of 500 board games became available to participants online and were gone in five minutes, organizers said.

A participant who said she never failed to get her hands on a BTS concert ticket because she was so quick to make reservations online, jokingly complained that she couldn’t become one of 500 people to receive the board game, â€said Joo. â€œThe popularity of the festival’s online programs is really increasing. ” 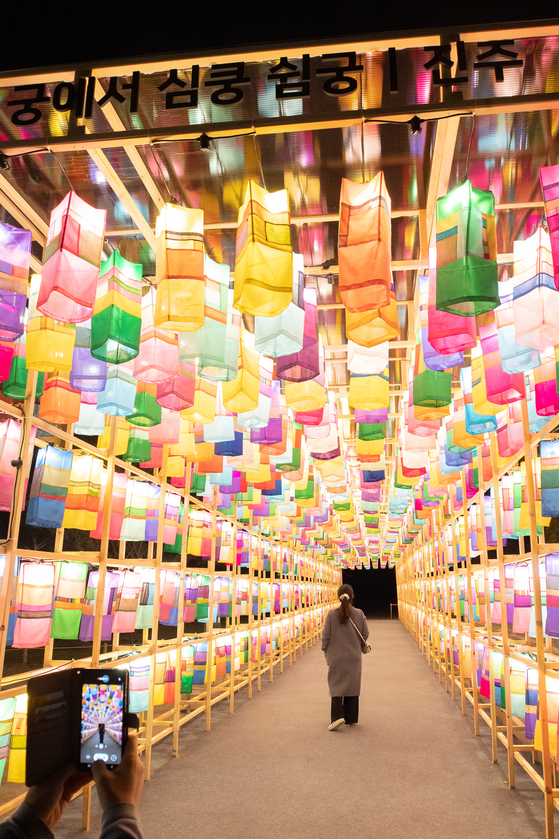 A tunnel made up of around 1,500 colorful lanterns and Jinju silk lampshades. [KOREA CULTURAL HERITAGE FOUNDATION]

Prior to Covid-19, the festival was held in the five Korean palaces of the Joseon Dynasty as well as the Jongmyo Shrine. This time, the only offline programs are an exhibition featuring various cultural products from different regions of the country, and a tour of the palace archives. Both programs take place at Gyeongbok Palace. 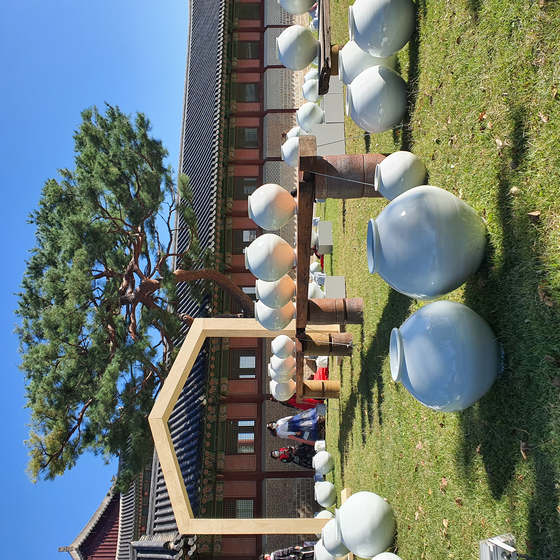 Over 130 vases made by Shin Chul, a ceramic artist known for making white porcelain vases in the traditional way, sit on the lawn in front of the Sujeong Pavilion located south of an artificial pond. [KOREA CULTURAL HERITAGE FOUNDATION]

An exhibit titled “Daedongyejido” was available until last week at Gyeongbok Palace. “Daedongyejido” is a coined word based on the word “Daedongyeojido”, the name of a famous map of the Joseon dynasty, but “yeo” is replaced by “ye”, which means art.

Seven makeshift outdoor exhibition halls have been set up around the palace to display cultural heritage items or specialties representing seven provincial towns, such as Wonju hanji, Naju natural dye culture, handicrafts and works of art using bamboo from Damyang, green tea from Boseong and porcelain from Icheon.

â€œLocal governments wanted to participate in the festival as well, so we decided to showcase various cultural heritages from different regions,â€ said Yoo Kwan-sook, director of the exhibition.

Yoo said that many exhibition halls have been organized to be used as photo spots by visitors so that they can upload the photos to their social networks and spread the beauty of Korea’s cultural heritage online. 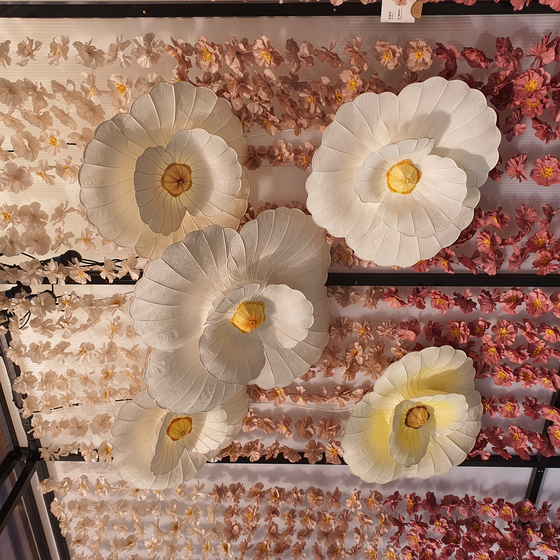 One of the most popular stands was â€œFlower Rain,â€ an installation work made using colorful hanji that had been turned into flowers. A tunnel made up of around 1,500 colorful lanterns and Jinju silk lampshades was also a popular photo spot, according to Yoo.

â€œWe have decided to work with the local government this time because many local festivals have been canceled due to the pandemic, which is so sad,â€ Yoo said. “We therefore hope that people residing in Seoul can experience the unique culture of the provincial regions through this exhibition.”