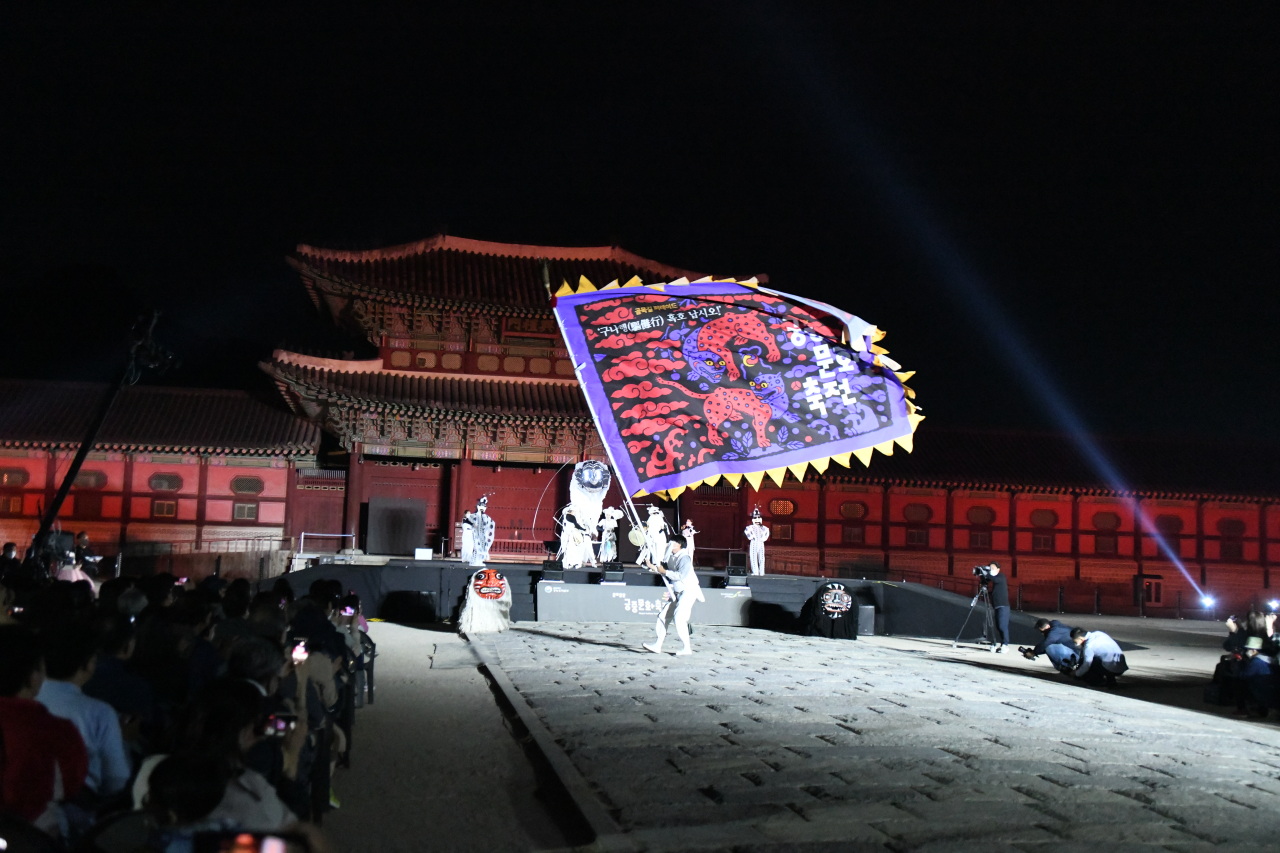 “Saebom Binari” is performed by a team of dancers and a pansori singer in Gyeongbokgung as part of the 2022 Royal Culture Festival on Tuesday night. (Yonhap)

Jointly organized by the Royal Palace and the Tombs Center of the Cultural Heritage Administration and the Korean Cultural Heritage Foundation, the spring edition of the biannual festival runs under the theme “Narye and Yeonhui” until May 22.

In the first act, a team of dancers from the K-Arts Dance Company and pansori singer Choi Ye-lim took the stage.

The traditional street art performance “Gunahaeng Daepannoreum” is staged with a modern twist at the 2022 Royal Culture Festival held in Gyeongbokgung on Tuesday night. (CHA)