The Royal Culture Festival will light up the palaces of Seoul 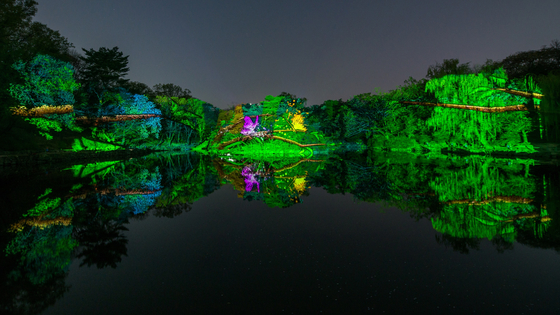 The media facade show at Changgyeong Palace Pond called Chundangji will be held every night at 8 p.m., 8:15 p.m. and 8:30 p.m. until May 22. [CULTURAL HERITAGE ADMINISTRATION]

The festival, which is jointly organized by the Royal Palace and the Tombs Center of the Cultural Heritage Administration and the Korea Cultural Heritage Foundation, became a biennial festival last year. This year’s spring edition kicked off last week under the theme “Narye and Yeonhui” and will run until May 22.Naryerefers to the rite aimed at warding off evil spirits and “Yeonhuirefers to the performing arts. 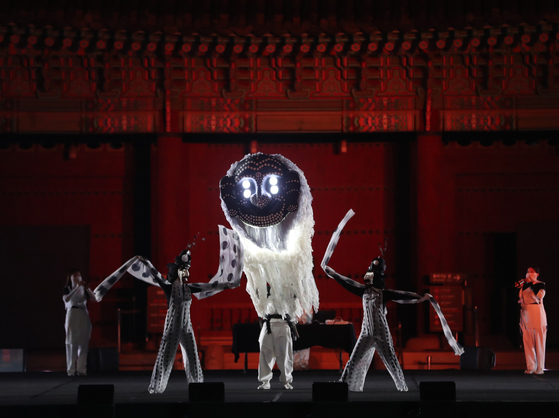 “Narye,” or a royal court ritual to ward off evil spirits and invite good luck, is performed during the opening ceremony of the Royal Festival of Culture on May 10 at Gyeongbok Palace in central Seoul. [YONHAP]

To ensure that such a pandemic never affects the world again, a modern version of a royal court ritual to ward off evil spirits and invite good fortune, known as Gunahaengbased on a poem written by scholar Yi Saek of the Goryeo dynasty (918-1392), was performed.

Until May 22, a total of 34 programs will be held at five palaces in central Seoul, as well as Jongmyo Shrine.

The popular meditation program “Simkung, Shuimgung” is back this year in the five palaces. Visitors will have the opportunity to have the unique experience of meditating on a yoga mat on beautifully manicured lawns inside the palaces while enjoying the cool spring breeze (weather dependent). The program requires you to reserve a spot, but you can participate in the meditation on site if you bring your own mat.

If you want to participate in a parade, Gunahaeng is for you. Different traditional street art performances such as gilnori, panorama and a tiger dance were combined with electronic dance music. The parade will start at 11:30 a.m. at Gyeonghui Palace on May 20, at noon on May 21 at Deoksu Palace and at 12:30 p.m. on May 22 at Changgyeong Palace. The parade will last one hour.

For those who are still reluctant to find themselves in the crowd, the festival has organized five online programs. The artist featured in “An Artist’s Beloved Palace” is violist Richard Yongjae O’Neill. O’Neill was recorded performing Schubert’s “Du bist die Ruh, D776” at Gyeongbok Palace’s Jibokjae Hall and the video was released on May 10 on YouTube and the festival’s official website. 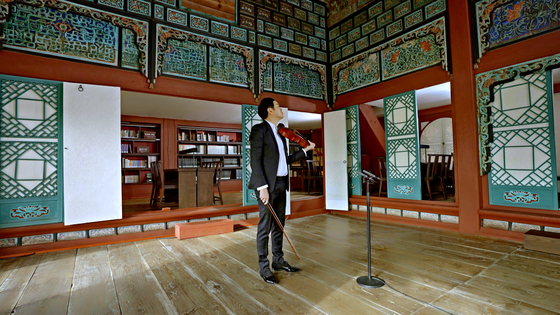 Viola player Richard Yongjae O’Neill is featured in this year’s ‘Palace Beloved by an Artist’ video series. The violist performed at Jibokjae Hall in Gyeongbok Palace. The video was released on May 10. [CULTURAL HERITAGE ADMINISTRATION]

Unlike previous editions during the pandemic, many programs can be enjoyed without any reservations, although some are still compulsory. For more information, visit www.royalculturefestival.org.