The Royal Culture Festival will start on October 1 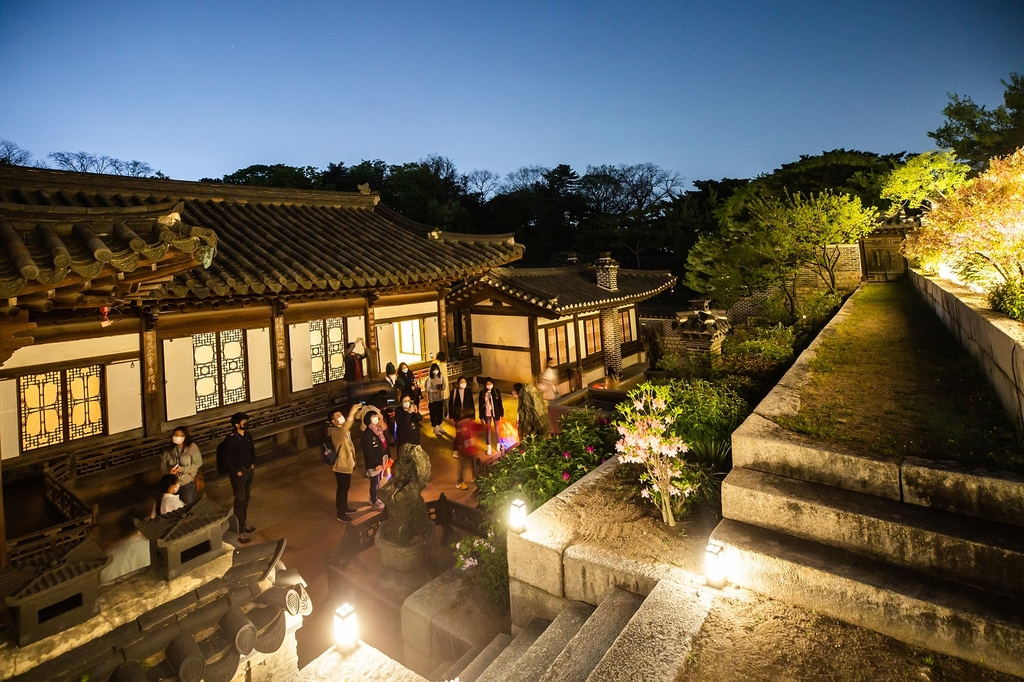 The autumn edition of the Royal Culture Festival will run from October 1-9, the Cultural Heritage Administration announced on Tuesday.

Jointly organized by the Royal Palace and the Tombs Center of the Cultural Heritage Administration and the Korea Cultural Heritage Foundation, the festival has attracted 3.8 million visitors since its launch in 2015.

The fall edition is set to take place at Seoul’s four royal palaces – Gyeongbokgung, Changdeokgung, Changgyeonggung and Deoksugung – as well as Jongmyo Shrine and Sajikdan Shrine.

In Gyeongbokgung, starting October 1, two culinary programs – Saenggwabang and Sisikgonggam – will offer visitors a chance to try royal tea confections and sample royal court cuisine. All the dishes that will be available are made from dishes found in “Joseonwangjosillok” or “The True Records of the Joseon Dynasty”.

Visitors can enjoy traditional games played in the royal courts and view various handicrafts on display as part of the Sisikgonggam program. A total of 30 guests will be admitted per session.

Gugak and court music performances will take place at different locations of the festival.

On October 1 and 2, a ballet to traditional royal court music will take place in front of Gyeongbokgung Jibokjae, King Gojong’s private office.

A number of gugak musicians who regularly perform overseas will perform at Deoksugung Palace from October 3 to 7.

Families can take advantage of the offers at Changgyeonggung. Visitors can try on royal court makeup and walk around the palace in traditional costumes.

One of the highlights of the festival, “The Palace Loved by the Artist,” which was previously streamed online due to pandemic restrictions, will premiere to the public at Gyeonghoeru in Gyeongbokgung from Oct. 1 to 9. The pavilion, which used to serve as a banquet hall for foreign officials, is located on the northwest side of Geungjeongjeon.

The show will begin after a short tour of the enclosure led by a guide.

A special series of speakers centered around the theme of Joseon royal court culture will run for three days starting October 7.

Online ticket reservations for festival programs will open consecutively, starting with Saenggwabang on Thursday at 3 p.m. at Interpark.

The number of tickets available per person may vary depending on the program, with tickets for some events being awarded by lottery to those who apply. Tickets range from 5,000 won to 100,000 won.

A calendar of events and booking guidelines for the Royal Culture Festival can be found on the festival’s official website as well as on its Instagram account.