When Punekars got a taste of Korean culture, music and theater 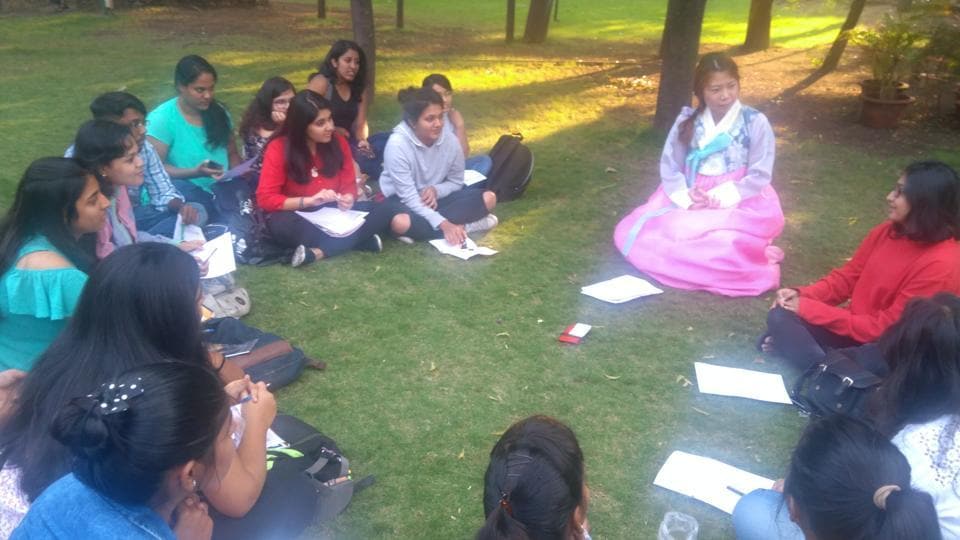 The city’s love for Korea was evident at the first Indo-Korean culture group meeting held on the lawns of the National Archives of India (NFAI) on Friday. More than 30 Korean enthusiasts attended the meeting.

Shubhangi Mhaske, 29, fell in love with Korean drama Jewel In The Palace which was broadcast on Doordarshan at the time. â€œIt was great to be part of the Korean cultural group. We were waiting for such an opportunity and when I was informed by my Korean teacher, I couldn’t resist. It’s a fantastic opportunity to meet other people interested in Korea and its culture, â€said Mhaske.

18-year-old Harsha Nalawade is crazy about K-pop (Korean pop music). â€œI love the music and Koreans really know the vibe. I don’t really like K-drama (Korean drama), but I like to watch them for their soundtracks.

18-year-old Devisha Tudekar said, â€œI’m a huge fan of K-Dramas which are on point and end the story in limited episodes. It keeps the essence alive, unlike English dramas. We have many similarities in our culture and our history. I’m a big fan of BTS and would like them to perform in India, we hardly had any Korean bands coming to India.

24-year-old Urna Manna entered K-pop five years ago. â€œI am a big fan of Shinee Group. They are amazing. Korean culture is something I can relate to. This club will help us to interact and learn more about Korea and its culture and this group will help us hardcore music fans to have access to music products.

It was the brainchild of a Korean resident of Pune, Enjoo Lim, who thought about starting an Indo-Korean cultural group in the city. â€œI was surprised to see so many young people and they knew so much about well known Korean singers, dramas and even actors like actor Min Ho lee, BTS (K-pop) group and Shinee ; another popular K-pop group.

Connecting India and Korea, providing a platform for governments and individuals to improve Korean-Indian relations in Pune is what motivated her. Indo Korean Culture Group associate Sudeshna Parmar said: â€œToday most of them are aware in K-pop and K-dramas that there is a need for such an exchange. intercultural among young people. ”

This group discussed and learned about Korean culture, where members shared their interests in Korea. â€œThe plan is to hold K-pop contests or performing arts events and travel to Korea together in the future,â€ Enjoo said. The next meeting will take place on November 25 at CafÃ© Maroo.